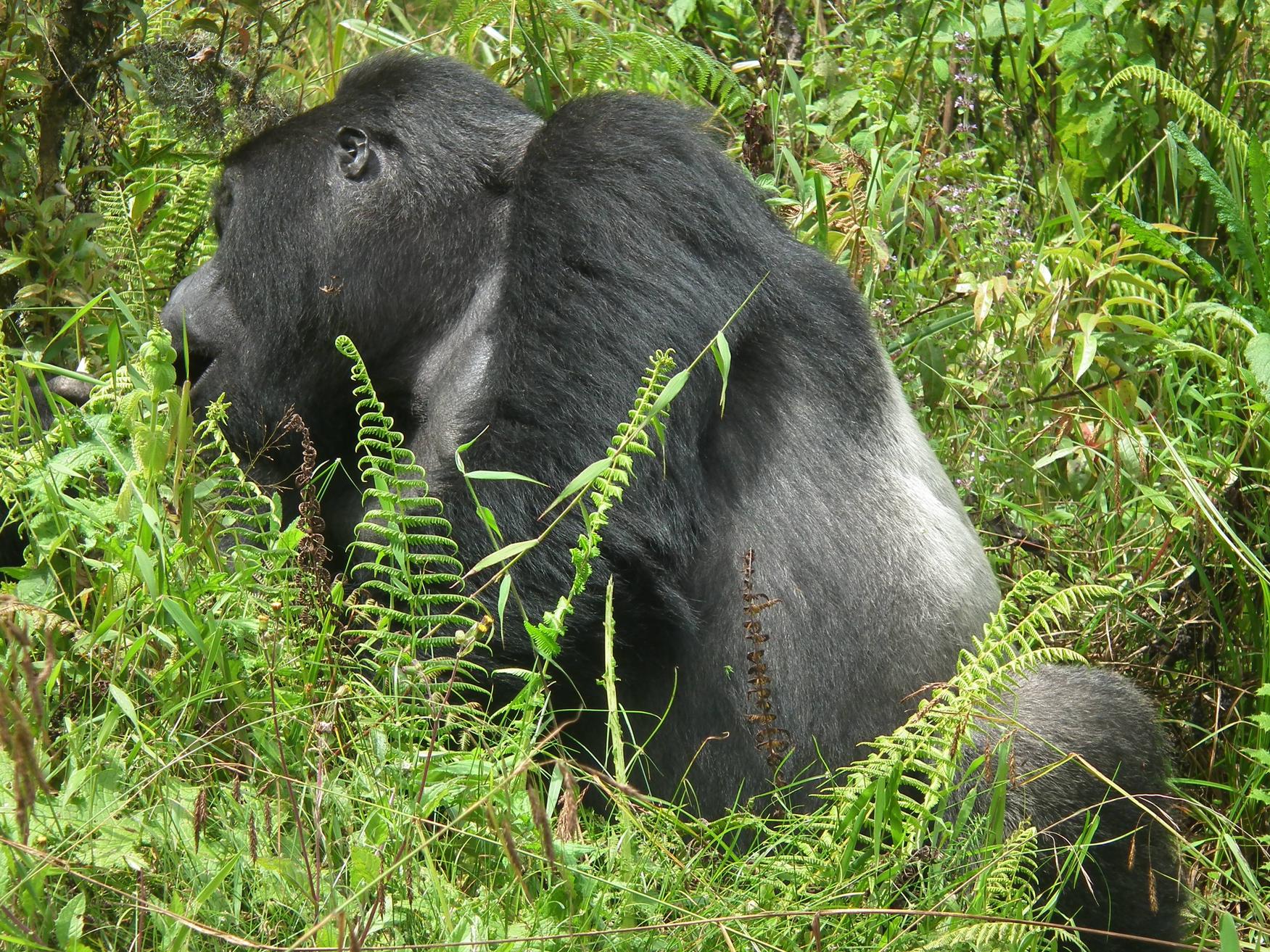 For some things in life, we cannot just dine on stories and get satisfied but have to go out and experience them for our own selves. Sometimes we talk about “The Next Big Thing”; well this should be “The Current Big Thing”. A Mountain Gorilla Trekking safari in Uganda continues to be one of the most fulfilling activities of any human life today.
Distributed among four (4) National Parks in three (3) countries, Uganda Rwanda and Congo DR, the world has an approximated 880 mountain gorillas today; a number that has grown from 786 in the 2010 census. The Mishaya family is one of Bwindi’s eleven (11) habituated mountain gorilla families that are open to Uganda Gorilla Trekking Safaris; the twelfth (12th) being strictly for research purposes.
Like the many secession struggles that have characterized Bwindi’s mountain gorilla families, the Mishaya family was also formed due to the ambition of a Silverback called Mishaya to start his own family.
Mishaya was first seen by tourists in September 2009 when the Nshongi group received its first tourists on a Safari to trek mountain Gorillas in Bwindi Impenetrable National Park. But just ten (10) months later in July 2010, he broke off from the Nshongi family (which was still under the leadership of their alpha silverback (Nshongi) leaving with ten (10) members.
Mishaya’s character did not seem to change; even at the time of his death he was still very aggressive and often picked fights with other mountain gorilla groups. This personality sometimes worked for him but also let him down on a number of instances. His aggressiveness enabled him to add a number of females to the family, who he was good at snatching from other mountain gorilla families.
Unfortunately, his leadership strategy did not work very well for him in April 2011 when he started a fight with a wild Gorilla group. In this battle, Mishaya got the disciplining of his life and also lost an infant in the process. He could have lost his life too, but thanks to the well-timed veterinary aid that he received from experts from the Mountain Gorilla Veterinary Project who treated his serious injuries.
Mishaya passed on in February 2014 but today he is still remembered for having fought relentlessly to grow this family to the twelve (12) members that can be found while on Mountain Gorilla Safaris in the Rushaga sector of Uganda’s Bwindi Impenetrable National Park. This mountain gorilla family is now under the leadership of an alpha silverback called Mwiine who is also doing a pretty fine job.
Uganda safaris/Uganda safari News
Prime Uganda safaris & Tours Ltd