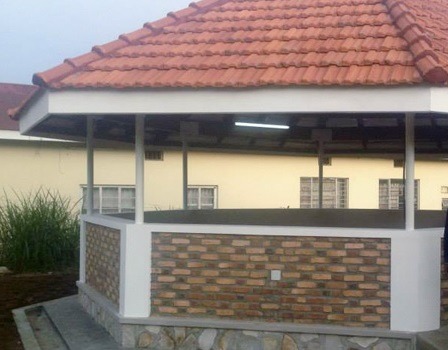 The Miss Tourism Ankole is hailed for organizing the charity run in a bid to raise funds to save the children’s lives which are in need of surgery. The event is set to take place on 27th June 2015 in Mbarara town which is a re-known stop center for Uganda safari undertakers going to the south western tourist destinations.
The event which was launched at Holy Innocents Hospital Mbarara is targeting the three (3) million Uganda shillings rise that would enable the hospital install a theatre. The hospital which was initiated by the Mbarara diocese will see the event graced by the participation of the Arch Bishop Paul Bakyenga along with other participants including the travelers on safaris in Uganda.
The Medical Director of the hospital seeking support Dr. Andrew Ndamira welcomed the move and noted that despite the considerable number of children treated annually at the hospital, it is having issues in handling complications as it has no operating theater. Therefore installing an operation theater is seen as positive step to availing all inclusive health care to the children on the area.
The Event organizer Ms. Stella Kabazeire also noted that Stephen Kiprotich who is the Ugandan medalist will in attendance as the guest runner at the event. The Minister of Tourism Hon. Maria Mutagamba will also be present at the function. This is one of the community initiatives being undertaken by the regional tourism ambassadors. Such initiatives have been noted to have a significant role in increasing the number of safaris to Uganda.
Uganda safaris/Uganda safari News
Prime Uganda safaris & Tours Ltd