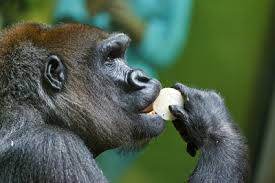 With the increasing development of tourism in East Africa, each country now is trying to find a niche tourist attraction which provides a competitive advantage over the other attractions in the tourism market. In Uganda, Bwindi, which is a national park with half the remaining mountain gorillas in the wild, is considered to be the most cherished park in Uganda. The park has attracted many gorilla tracking safaris to Uganda.

The endangered mountain gorillas are considered to be the flag bearing attraction in Uganda, therefore thousands of tourists come to Uganda every year for gorilla tours, and this has helped in increasing the revenue of the country and also developing the tourism sector.

Half of the remaining 780 mountain gorillas on this earth are found in Bwindi Impenetrable National Park, others are scattered in Virunga .this makes Bwindi   a very important region for mountain gorilla tours in Uganda. Almost the entire Uganda tourism industry has a bearing with Bwindi. Tourists who come for gorilla tours frequently end up visiting other national parks in Uganda as well.

Bwindi is also characterized by the steep hills and narrow valleys with a general incline from the north and west to the south –western corner. It has also got some remnant lowland forest outside the boundary. The park also constitutes an important water catchment area serving the surrounding densely populated agricultural land. All these have attracted many Uganda safaris.

Bwindi is also one of the few large expanses of forest in East Africa where lowland and montane vegetation communities meet. Combined with its probable role as a Pleistocene refuge, the forest hosts an extremely high biodiversity. It has got tree species, bird species, butterflies, monkeys, elephants and many other animals. These have helped in supplementing mountain gorilla trekking in the park