The pearl of Africa tourism expo on the door steps

Home » The pearl of Africa tourism expo on the door steps 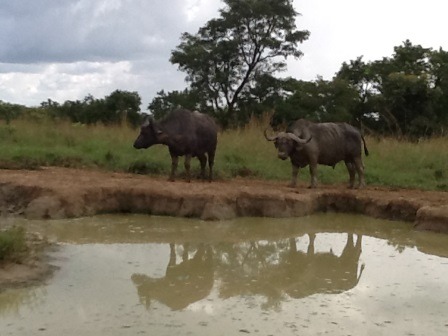 The destination Uganda is arranging the remarkable Pearl of Africa Expo named after her crown that was bestowed to her by Winston Churchill in the year 1908 after his safari in Uganda. Thus International Expo is set to run from the The global tourism fraternity has begun arriving for next week’s Pearl of Africa Tourism Expo in Kampala.
The expo is expected to show case Uganda as a country that has turned the page after years of dormancy in letting the world discover its un marched attractions.
Stephen Asiimwe confirmed that several high profile guests including hosted buyers, international media, marketing agencies started arriving over the weekend and have all hit the road to see the Mountain Gorilla enclave of Bwindi impenetrable national park, Kidepo national park dubbed the purest form of Africa like it was 200 years ago and Murchsion Falls- the home of the mightiest falls on River Nile.
“It is going to be a week of great activity and business, this is to make Uganda a preferred destination,” noted Asiimwe. So far several states including Kenya, Botswana, Iran, Rwanda, Tanzania, South Africa, Nigeria have all confirmed participation.
The country has a series of high profile activities lined up before the year ends.
The arrival of the tourism fraternity coincides with the revival of tourism cluster activities across the country.
There are 12 clusters spread across the country including Buganda, Ssese, Busoga, Eastern, Lango, Acholi, West Nile, Bunyoro, Greater Ankole, Kigezi and the Rwenzori cluster.