The potential of bird watching in boosting tourism in Uganda

Home » The potential of bird watching in boosting tourism in Uganda 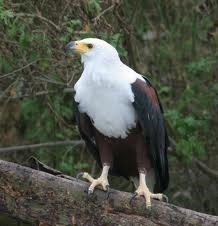 Uganda is one of the re-known African destinations that have for long capitalized on her nature to build an impressive destination for the world travelers. Her Uganda gorilla Safaris are one of the best selling packages in the world since the country supports close to a half of world population of mountain gorillas.
However, in this world where the diversification is increasingly becoming a center to building successful destinations, taking a step to add on the list of travel products that can be added to the Uganda safari bucket of offers could be a perfect step to building a sustainable destination.
Uganda is gifted with over 1,057 species of birds which constitute 11% of the global bird population and the 50% of Africa’s population of birds. This is a great asset the country can ever have towards attracting travelers to do visit it. Uganda has the potential to use her bird population to attract a count of world travelers to undertake birding safaris in Uganda.
This rich resource can then supplement the Uganda’s gorillas, chimpanzees and Wildlife. In fact, wildlife Uganda safaris also form a considerable proportion of travellers that come to Uganda. The country features unique species like tree climbing lions, the cheetahs in Kidepo, the African elephants, the Cape buffalo, the endangered Rothschild giraffes among other species.
It can be noted that the country has started to recognize the birding potential and events like the Big Birding Day have been initiated. Last Year, the country hosted three famous International birders who greatly appreciated the birding potential that Uganda features. These included; the Bill Thompson who is the editor and the co-publisher of the Bird Watcher’s Digest one of the famous birding Magazines in North America, the Dominic Mitchell who is the initiator and the managing Director of the Bird Watch which is the leading monthly magazine in Europe not forgetting Tim Appleton the organizer of the UK’s bird fair.
In fact, some of the Uganda’s protected areas have already got continental recognition in terms of birds. Bwindi Impenetrable National Park was named by the African Bird Club as the number one birding spot in Africa something that interested most world birders to undertake birding safaris to Uganda.
Considering this back ground, birding can be considered as a potential resource that needs to be fully tapped in order to boost and build sustainable tourism industry in Uganda.