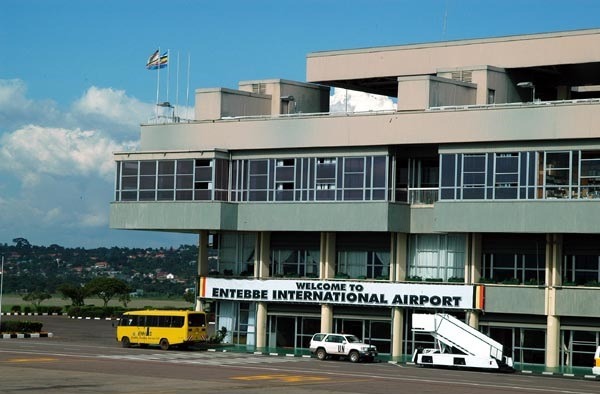 The Uganda’s Head of State His Excellency Yoweri Museveni on Saturday of the previous week launched an Entebbe International Airport expansion project that is estimated to take $200 million running for a spread of five (5) years.
Entebbe International Airport which is the main point of entry into Uganda by those entering by Air including the Uganda safari undertakers has been in need of renovation and expansion to provide for the ever increasing passenger and aircraft traffic.
The Airport expansion initiative is being financed by the Chinese government in form of soft loan extension and the Ugandan President took time to acknowledge this contribution and the firm partnership that thrives between Uganda and China.
The President noted that the cooperation between Africa and China dates far back in the 1940s and 1950s when the Chinese were fighting for self-governance and Africans managed to stand by them. Now in return, the Chinese have resolved to undertake a range of developmental projects in Africa and safaris to Africa including safaris to Uganda because of that traditional touch.
The President commented on his preference for infrastructure noting that Uganda produces goods and services among which include tourism that definitely require to be exported. And for these services to be brought to market, they need to be linked to a range of infrastructure including the roads, Airports, railways, telecommunications and internet. Thus, the expansion of Entebbe International Airport is one of the significant infrastructural developments that Uganda can ever have enabling her to sell her products including the Uganda safari products.
The President further noted that the process to expand on the Airport should consider the locally available materials that are of good quality and capable to be utilized. For example, if the local cement is satisfactory then it should be used and the same applies to skills.
It can be noted that the new Entebbe International Airport will feature the passenger and cargo requirements along with elimination of grass and dust which seems not necessary at the Airport. The aesthetic setting would be enhanced and thus able to create first impression for the travelers that make their first step in Uganda including those that come of safaris in Uganda.
The Chinese firm Vice President Sun Zhiyu noted that the Entebbe International Airport expansion presents an opportunity for the two countries to deepen their relations and then present ground for local employment, knowledge and skills transfer which will contribute to the Uganda’s economic development.
Entebbe International Airport is the Uganda’ main Airport and is positioned in the Entebbe peninsular surrounded by the world’s second largest fresh lake – Lake Victoria 41km southwest of Kampala – the Uganda’s Capital. The Airport is positioned along the geographical coordinates of 00°02’41″N, 032°26’35″E.
Entebbe International Airport features rich history including the date of February 7th 1952 when Queen Elizabeth II boarded a flight from Uganda after being proclaimed the Queen following the death of King George VI.
The control tower at the old Airport is noted to have been built in the year 1957 – 1958 while the passenger terminal was put up in 1970s along with the runway 17/35. The old Airport is used by the military forces of Uganda and it is famously known for being the scene of the Israel operation Entebbe in the year 1976 to rescue the hostages when the Air France carrier flight 139 was hijacked by Arab- German following its stopover in Greece’s Athens en route from Tel Aviv to Paris.