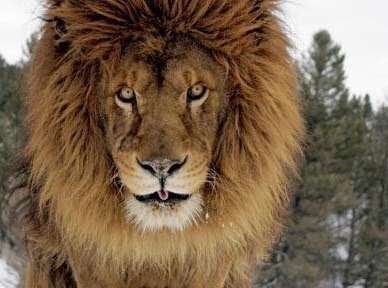 The famously known Kibonge lion which was among the re-known Uganda safari products lost its life in the year 2014 and efforts have since been going to find a right replacement for it. At last, the Lion Park in South Africa made a donation of a male lion as to fill the gap posed by the loss of Kibonge.
The Uganda Wildlife Education Center in Entebbe which is one of the destinations visited by travelers on safaris in Uganda is very glad to receive a replacement for Kibonge though the move took longer than what was actually expected.
The delay which was attributed to the tightening of conditions surrounding the exportation of endangered species by Convention on International Trade in Endangered Species. Thus, after the completion of the required process by the two parties i.e. Uganda and South Africa in February, the lion relocation gained momentum which has seen it make its way to Uganda strengthening attractions encountered on Uganda safaris and tours.
The new male lion is called Letaba a Zulu word which literally means Happiness. The Letaba arrived in Uganda by flight with South African Airways a carrier which also brings with it travelers on safaris to Uganda.
The Uganda Wildlife Education Center Executive Director James Musinguzi acknowledged the arrival of the lion noting that it is a positive step to boasting the lion numbers in the country. While the Public Relations Officer of Uganda Wildlife Authority noted that the arrival of the lion strengthens the efforts of conservation education.
Uganda safaris/Uganda safari News
Prime Uganda safaris & Tours Ltd