The residents of bulera Rwanda urged about environmental conservation

Home » The residents of bulera Rwanda urged about environmental conservation 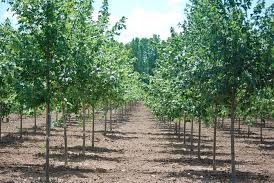 The residents in the region of Bulera which is among the main areas explored on Rwanda safaris have been tipped on the move to considerable tree planting and protection so as to neutralize the soil erosion.
The Senate Vice President responsible for Legislation and Government Oversight Fatou Harerimana passed on the call to the people of the area on Saturday during the Umuganda Community work in the sector of Gahunda a monthly community volunteer programme. The Senators along with a range of other government officials teamed up with the residents in Gisizi Cell to plant a count of more than 8,700 Alnus and Grevillea tree seedlings on a spread of 58 hectares of land. This community service has at times interested the travelers on safaris in Rwanda to participate and engage in community development while generating cultural exchange.
Rwanda being a hilly country, the cases of erosion cannot be avoided. Therefore undertaking  tree planting is a strategic move to see this erosion neutralized. The destination Rwanda intends to have 30% of forest cover by the year 2020 rising from the 28% that is apparently forested. This is a rigorous task that can be implemented at both personal and national level. The forested landscape could in the future form a Rwanda tour.
Bulera region adjoins the lucrative volcanic slopes to the north of Rwanda whose fertile soils have made it Rwanda’s food basket. The area also shelters Volcanoes National Park the home to the mountain gorillas explored on gorilla trekking safaris in Rwanda
The Harerimana called upon the residents in the area to undertake modern farming practices including the use of manure along with other better initiatives to enhance agricultural output. The need to have clean environment including proper waste disposal was also emphasized.
The tree planting exercise is followed by the call to enhance infrastructural development including electricity and better roads which was a challenge to their living standards and the travelers on safari in Rwanda visiting the region.