The significance of gorilla census in the virunga area

Home » The significance of gorilla census in the virunga area 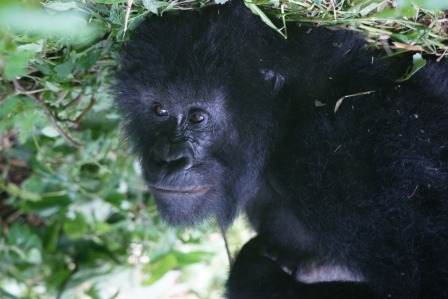 The new mountain gorilla census that is being undertaken in the Virunga massif will assist to gauge the effect of conservation in the area and play a significant role to guide the future efforts of protecting the critically endangered apes always explored on gorilla trekking safaris in Uganda and Rwanda along with their habitat.
The initiative that is being undertaken by the Greater Virunga Trans boundary Collaboration (GVTC) with support by the Fauna & Flora International (FFI) along with World Wide Fund (WWF) passing through the famous International Gorilla Conservation Programme (IGCP) along with other partners is noted to be the first of its kind since the year 2010 when it was anticipated that a count of 480 mountain gorillas thrived in the 451km2 Virunga massif heavily frequented by travelers on gorilla safaris in Rwanda and Uganda.
The Virunga massif is noted to be among the only two habitats where the mountain gorillas are known to be thriving on global level and it shares boarders of three countries namely, Uganda, Congo and Rwanda.
The numbers of mountain gorillas have been on the rise for the last two decades in the Virunga massif according to Behm Anna Masozera the Director of IGCP acknowledging the committed work of the conservationists, the rangers, communities that surround the gorilla habitats and the combined efforts of the three countries. The Director hopes that the census will affirm the rising trend despite the unending threats to the mountain gorillas along with their habitats. This also affirms the continuity of Rwanda gorilla safaris and Uganda gorilla safaris not forgetting Congo gorilla safaris.
The 6 teams composed of the staff from the range of institutions that are participating in the initiative have already embarked on a systematic foot trek traversing the Virunga massif searching for the signs of mountain gorillas, taking record of mountain gorilla nest sites and gathering fecal samples that will be used to undertake the genetic analysis. This gorilla census is not grounded on the exact sightings of each gorilla but it will depend on the field and laboratory work combination for information interpretation along with the samples selected by the respective teams.
The method to be used in this initiative is believed to be the best nowadays in terms of accuracy and will capitalize on the latest advancements in the field of Science and Technology ranging from electronic data gathering in the field to genetic analyses carried out at the Max Planck Institute for Evolutionary Anthropology and then statistical analyses applied to do data interpretation.
The 2015 Virunga Gorilla Census will present the latest detailed dataset featuring the general population of mountain gorillas thriving in the block. This in turn will form ground for perfecting of the conservation strategy with consideration to the past conservation successes so as to arrive at long term future of these precious apes that are explored on gorilla trekking safari in Uganda and Rwanda.
To those expecting expeditious results, a little patience will be learnt. It can be noted that this gorilla census process is lengthy and a detailed one with the eventual population results anticipated to be released in the year 2017. Besides the population figures, the study will also avail information on the mountain gorilla demographics like the age and sex ratio with in the Virunga massif along with the location of the gorilla groups in relation to one another.
The gorilla census is an exact testimony of the growing strength of the intergovernmental collaboration along with the Conservation organizations that have been at the center of saving the mountain gorillas of Virunga. The recent signing of the treaty between the three countries provided a formal structure that will allow the conservation groups to act on the ascertained findings. This presents a great hope for the continued existence of the mountain gorillas and the Virunga habitats where they are explored on gorilla trekking safaris and tours in Uganda and Rwanda
The massif of Virunga is composed of the Mikeno sector of Congo under the Virunga National Park, the Volcanoes National park in the destination Rwanda along with the Mgahinga Gorilla National Park in the destination Uganda and this block is noted to be holding more than a half of the critically endangered apes with the global population standing at 880. The remaining population is within the Bwindi Impenetrable National Park in the south west of Uganda.
The gorilla census in the Virunga massif is being carried out with the support from the International Gorilla Conservation Programme a partnership of Flora and Fauna International and the World Wide Fund, the Dian Fossey Gorilla Fund International, the Max Planck Institute for Evolutionary Anthropology, Gorilla Doctors, Institute of Tropical Forest Conservation and the North Carolina Zoo. The funds running the initiative are provided by the Fauna & Flora International, Partners in Conservation at the Columbus Zoo & Aquarium and WWF.