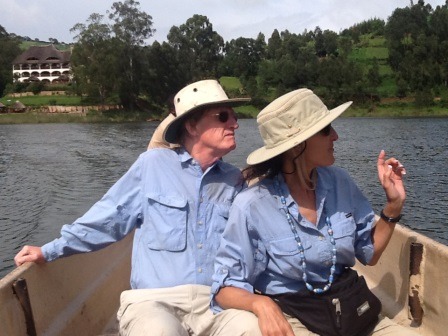 The East African Tourism Platform (EATP) a body that aims at increasing the visibility of East Africa as a single tourist destination has promised to proceed with the efforts of undertaking the regional marketing as a single destination for world travelers including those that undertake safaris to Uganda
The EATP which also intends to take up a key role in the efforts of conservation so as to build a sustainable regional tourism industry is made up of tourism boards from the partner states of the East African Community along with the tour operators that take a credible role to packaging of tourist products including Uganda safari products for the consumption of the traveling world.
One of the key members Yamina Karitanyi – the Tourism Officer in the Rwanda’s Development Board noted that the EATP is moving to packaging the region as a single destination, celebrate its flagship events in tourism and ascertain the solutions to the challenges collectively which is new and did not exist in the past. She mentioned the above aspects while giving remarks in a meeting that convened the tourism boards of the partner states of the East African Community and the tour operators to contemplate about the opportunities and challenges that face the tourism sector in the region which was held in Rwanda’s Capital Kigali during the weekend.
The EATP meeting coincided with the gorilla naming ceremony that occurred on Sept 5th where 24 baby gorillas were given names. It can be noted that the annual gorilla naming event was shifted from June to Sept to match with the joint initiative for promoting tourism among the partner states of the northern corridor integration comprising of Uganda, Kenya and Rwanda. Under this arrangement, each country features a flagship tourism event that is honored by the three states including Magical Kenya Expo for Kenya which occurs in October and the Uganda Martyrs day that occurs every 3rd June of Uganda. Martyrs Day is one of the major historical products that have always pulled world travelers especially believers to undertake safaris in Uganda for pilgrimage and paying tribute to the converts.

The initiative that is still confined to three states aims at incorporating other nations like Tanzania and Burundi and the attendance of Kwita Izina by the Burundi contingent shows that the remaining countries have started to pick interest in the initiative.
The regional coordinator for the EATP Carmen Nibigira noted that platform was in touch with a range of tourism players in the region aiming at promoting regional products, conservation of tourist sites and deep involvement of the private sector to build networks and form partnerships aiming at marketing the region as a single destination.
The notable achievements of the platform so far include the East African Single Tourist Visa introduction along with the use of national identification to connect to the partner states of Uganda, Kenya and Rwanda. Presenting East Africa as a single destination will see the increased tourist product range and thus increased stay resulting into increased revenues.