The Uganda conservation foundation gets its first general manager

Home » The Uganda conservation foundation gets its first general manager 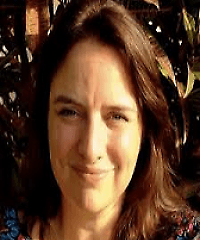 The Uganda Conservation Foundation is one of the reputable organizations  that have held the mantle of biodiversity conservation some of which are Uganda safari sites like National Parks ensuring their continued existence.
Following a lengthy recruitment exercise, the  Conservation Foundation is proud to have got its first General Manager in history. The Board and Trustees of this Non-Governmental Organization in a press statement announced Anne- Marie Weeden as the successful candidate for the position.
It was a moment of pleasure to hear the Director and Trustees of the Uganda Conservation Foundation break the news about the recruitment of a General Manager, a position that was competed for worldwide. This was welcomed by members of the public including those that have keen interest on bio-diversity conservation not forgetting the travelers that tend to undertake safaris in Uganda.
The General Manager Anne-Marie Weeden brings with her a great deal of related experience much in the aspects of tourism, business development, writing and publishing in the conservation and travel media which has at times prompted world travelers to think of planning safaris to Uganda.
Anne-Marie Weeden has been a resident in the country Uganda for couple of seven years with deep seated love for the wild, pragmatic understanding of the immense flora and fauna pressure brought to them by the range of changes of Africa. She worked at Red Chilli hide away, Paraa Safari crossing in the Uganda safari destination of Murchison Falls National Park serving back packer tourists on safari in Uganda and eventually with Journeys Discovering Africa
The Uganda Conservation Foundation team welcomes the new member as it embarks on the professionalization and expansion. As conservation continues to remain significant in Uganda to favor wildlife based tourism that lay ground for wildlife safaris in Uganda, there is no doubt strengthening of such conservation body is a positive step to increased returns.
Uganda safaris/Uganda safari News
Prime Uganda safaris & Tours Ltd