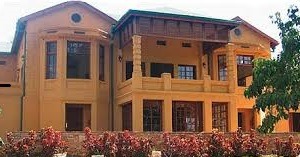 The Association of Uganda Hotel Owners is undertaking a much credited work of enhancing capacity among the hotel staff across the country something that is directed at enhancing the quality of stay of travelers on Uganda safaris and tours.
The last week saw the hoteliers in Mbarara area which is a popular transit spot for most of the travelers on Uganda gorilla safaris to Bwindi Impenetrable National Park and wildlife safaris to Queen Elizabeth National Park not forgetting the Uganda safari destination of Lake Mburo National Park. Most of these travelers have their lunch en route in Mbarara town and thus organizing a training workshop is one way of beefing up the service quality that would definitely lead to client satisfaction.
The training that was in particular focusing on Kitchen Management follows other range of trainings by the same organizations in areas of central and eastern Uganda. The Uganda Hotel Owners Association is partnering with Impact Chefs Academy Uganda to strengthen the capacity of chefs and cooks, Food and Beverage managers and Hotel Managers in the Kitchen Techniques. The Mbarara session was held at Agip Motel on 27th March 2015.
The previous workshops were held in Flight Motel Entebbe, Nile Village Hotel Jinja, Grand Global Hotel Kampala and Mbale Resort in the east attracting over 500 participants including chefs, managers, and cooks. The Uganda Hotel Owners Association is using this platform to call its members to consider upgrading of food production standards. This is considered as a big aspect to guest satisfaction and their recommendation to the friends and relatives which in turn poses an influence on the number of people that plan safaris to Uganda.
Uganda safaris/Uganda safari News
Prime Uganda safaris & Tours Ltd