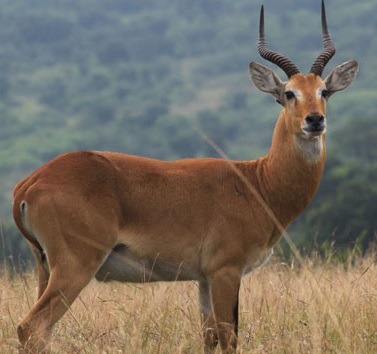 The Uganda Tourism Board, the promotional government agency that is aimed at increasing safaris to Uganda hosted the colleagues undertaking the similar role in the countries of Rwanda and Kenya at a bright dinner in Kampala.
The head of UTB Mr. Asiimwe Stephen brought to the host of the Kenya’s counterpart Muriithi Ndegwa of Kenya Tourism Board and Rwanda Development Board’s Yamina Karitanyi. This function was a sideline encounter on the just ended 10th Summit of the Northern Corridor Integration Project that was held in Kampala from 3rd – 6th June which as pulled counts of people to undertake Uganda safaris to be part of it or escorting the prime attendees including the Presidents.
The Ndgwa who also attended the Pilgrimage festival at Uganda Marty’s Shrine Namugongo that occurred on 3rd June attracting counts of believers to undertake safaris in Uganda to pay tribute to the counts of Ugandans that lost their lives for the sake of religion. The event is one of the most colorful ceremonies that Uganda always has every year. No wonder, it has been earmarked a rich tourism product that can always be encountered by travelers on Uganda safari.
The guests were treated to a local cuisine and a fantastic cultural music not forgetting a night city drive exploring the night skies of Kampala which is a re-known African city that never goes to sleep something that mesmerizes the travelers on Uganda safaris and tours who end up following suit also.
Uganda safaris/Uganda safari News
Prime Uganda safaris & Tours Ltd