The Uganda tourism board (utb) launches a travel expo

Home » The Uganda tourism board (utb) launches a travel expo 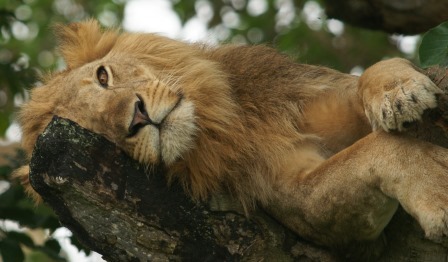 A count of 200 exhibitors in tourism are anticipated to demonstrate the beauty of Uganda at the forth coming Pearl of Africa Expo running from 17th – 20th November 2015 at the famous Kampala Serena Hotel.
The expo is being arranged by the Uganda Tourism Board and is intended at presenting the opportunities to the tour operators to put Uganda to market both within and abroad and also undertake the networking so as to increase safaris to Uganda.
The Chairman of Uganda Tourism Board Mr. James Tumusiime noted during the launch that the operators of tourism businesses will be availed with the unique opportunity to meet the new clientele, do the networking and discuss the business that will see their sales and the arrivals for the Uganda safaris increase.
The Marketing Manager of the Uganda Tourism Board Mr. Edwin Muzahura acknowledges the significance of the event and hopes that the Private sector will grab the opportunity to market their products. Considering the fact that tourism is a critical player in the national economy sectors evidenced by its contribution of $1.2billion that was realized from 1.3 million tourist arrivals in the year 2014, the need to enhance the efforts to market Uganda cannot be taken for granted.
Ms. Barbara Adoso the chair of Association of Uganda Tour Operators also noted during the launch that the country and the operators have not been so aggressive in the process of enticing the travelers to do Uganda safaris compared to their counterparts in Tanzania and Kenya but various efforts are being made by the Association’s members including Prime Uganda Safaris & Tours like setting special rates so as to win the travelers’ market both internal and external.
The Business Development Manager at the Uganda Wildlife Authority (UWA) noted in line with Ms. Adoso and noted that UWA will set only 10,000 each day for the Ugandans who wish to explore the Uganda safari parks to realize the significance of conservation.

The Pearl of Africa expo is believed to attract counts of participants from other countries including Zambia, Botswana, Kenya, Seychelles, Tanzania, South Africa, Rwanda, Mozambique, Zimbabwe, Burundi, Nigeria and Malawi.
At the end of the event, there will be giving awards of excellence to various players in the tourism sector including the media, the best accommodation, the tour operators, Best Airline, travel agencies among others. This will add an exciting encounter to the expo crowing it with celebrations and achievement.
Uganda is a magical destination not only in the region but also at international level. The county has a lot to offer ranging from the People and their cultures noted among the most heterogeneous nations in Africa to wildlife including the classic big five spread in her rolling Savannah protected areas, the ancient primates such as the mountain gorillas and the common chimpanzees, the remarkable scenery that feature the legendary mountains of Rwenzori, the great Elgon Mountain and the Kigezi highlands known as the Switzerland of Africa, the verdant forest cover and the expanse water bodies including the largest Victoria Lake and the myriad of streams that traverse her landscape topped by the might Nile River.