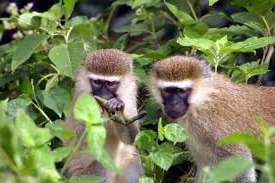 The Uganda Wildlife Education Center seated on the shores of Lake Victoria in Entebbe Municipality is one of the frequently encountered Uganda safari destinations with a wide range of wildlife collections form all of country and beyond.
Formerly Entebbe Zoo, the site later became an educational center for conservation and wildlife species including flora, fauna, and birds which attract educationists and researches to do safaris to Uganda. However, for all along close to one year now, the Uganda Wildlife Education Center has been working tirelessly to revamp its standards following the first inspection in the previous year by the World Association of Zoos.
Uganda Wildlife Education Center in a bid to enhance its capacity in the conservation education and research, it had applied for accreditation to the World Association of Zoos and also in Africa Association of Zoos. The two organs that were applied to responded by sending an auditing team to ascertain whether UWEC meets the international zoo standards of operation. These included; the human and wildlife safety mechanism, animal health, human resource and the customer care.
These aspects were found lacking and a given period was extended to UWEC to work on these areas preparing for the final Audit. The final Audit was carried out last months and the interestingly UWEC had satisfactorily met the International Zoos operating standards. This means that the center will be getting its accreditation certificate in six (6) months’ time which will definitely add on its worth as a destination worth encountered on Uganda safaris and tours.
After the accreditation, UWEC will be able to involve its self in a range of activities and the outcomes can be recognized on a world scale. Aspects like grant application, collaborating with other zoos in research and wildlife species breeding are among the benefits of this accreditation.
After securing its accreditation certificate, Uganda Wildlife Education Center will join other six zoos that are accredited internationally.
Uganda safaris /Uganda safari News
Prime Uganda safaris & Tours Ltd