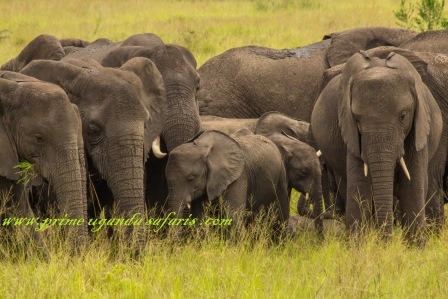 A count of three (3) Public Relations Firms are apparently undertaking the role of marketing Uganda in her key source markets following their recruitment by Uganda Tourism Board – the body charged with tourism promotion including increasing the number of Uganda Safari undertakers.
This strategic move by the Uganda Tourism Board aims at increasing the tourist arrivals in the country and widening the opportunities for employment opportunities. The increase in the number of travelers undertaking safaris in Uganda would mean that the investment in tourism facilities and the products would increase which would in turn stimulate jobs.
The public Relations Firms undertaking this move include; the Kamageo for the British Market in the United Kingdom and the neighboring, the KPRN for the German Market and the PHG Consulting for the market of North America. These agencies are noted to be the first of their kind to assist Uganda in her tourism promotion in the major traveler originating areas.
The initiative which is being funded under the arrangement of the World Bank’s Competitiveness and Enterprises Development Project (CEDP) is tasked with increasing the destination Uganda’s profile, improve the arrival numbers in the country and enhance the opportunities of investing in the tourism sector of Uganda.
Uganda’s image has been smeared by the tainted past including the turbulent times of Idi Amin which has at times posed a bad perception prompting various travelers to shun safaris to Uganda. Therefore, with the launch of the campaign, this negative image is set to be erased and give the true current picture of Uganda other than Amin and Ebola.
The current tourist figures arriving in Uganda stand at 1.3million as per the statistics of 2014 generating $1.4 billion (Shs4.9 billion) which is a considerable rise from the $600,000 (Shs1.2 billion) that were earned in the year 2006 from the travelers that explored the Uganda safari tours during that time.
The local proprietors in the tourism sector are positive about the development and appreciate the government effort in utilizing such agencies that hail from the very regions since they have an edge in understanding the respective markets much better. The move is also seen as a remarkable step to reviving the tourist numbers and the tourism sector where people would regain their jobs that were lost in the previous year as result of the sector’s poor performance.
However, a call for a detailed study of Uganda as a destination by these agencies to identify her unique selling propositions still stand as it would be significant move to proper marketing and attracting attention among the travelers as regards Uganda tours.