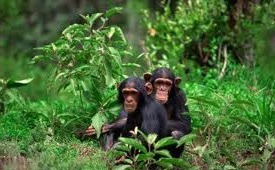 Tourism in Uganda is the main exchange earner with in the country and it has contributed high revenues to the growth of the country, there is need to conserve the national parks which have got many wildlife species. Uganda has also got many other attractions which include; the mountain gorillas which are found in Bwindi impenetrable national park, the chimpanzees, bird species, and cultural safaris, water bodies and many more which has continuously attracted many people to visit Uganda.