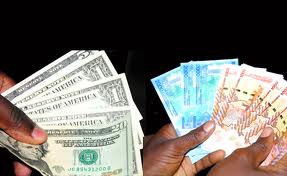 Uganda Ush 1.1 trillion (about $ 1 billion) annually, a reported released by the World Bank.This made it the biggest source of national income for the country. According to the report, this spending amounted to 38% of Uganda‘s exports and generated 5.6% of the total 2012 GDP. This has greatly improved tour visits and safaris to Uganda.Policy indicators show that attracting extra 100,000 tourists to Uganda would add 11% to exports and 1.6% to GDP, which would further boost the country’s efforts to reduce poverty and boosts its development prospects. This was according to Kirk Hamilton, Lead Economist at the World Bank.Safaris to Uganda would certainly increase if each tourist visiting Uganda stayed one additional night then exports would rise by 7 percent and GDP by one percent,” said Hamilton .The study was conducted in 2012 by the Ministry of Tourism, Wildlife and Antiquities (MTWA), in partnership with the World Bank and DFID.These records were collected from tourists leaving Uganda on how much they spent, how long they stayed, where they went, and surveyed their levels of satisfaction, and suggestions for improving tourism. This improves on the safari expeditions that are carried out with in Uganda.The survey found that 32% of foreign visitors and tourists came for business reasons, 11% for conferences, 17% for leisure, 20% for visiting friends and family, 5% for spiritual/religious purposes, and two percent for cultural tourism. The survey also found that tourists were for the most part highly satisfied with their trip to Uganda was high.However, respondents identified transport within Uganda and insufficient visitor information as well as the quality of customer service as the main areas for improvement. This will certainly help in improving on the promotion and marketing of Uganda Safaris.