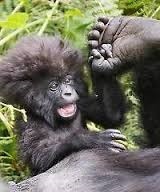 The tourism sector in Rwanda has remained the highest foreign exchange earner in the country since the year 2013. these statistics were released by Rwanda Development Board which is the main body responsible for the management of tourism in the country. This shows that the country has continuously received high number of visitors who come for safaris to Rwanda.

The tourism sector showed an increase in the number of tourists who visited Rwanda in 2013 by 14% more than those of 2012.they were mainly business visitors who came to Rwanda, however they engaged in many safari tours with in the country. This greatly helped in increasing the revenues of the country and many safari tours to Rwanda.

The results have ranked Rwanda as the second largest place to attract business people . This has really put Rwanda’s tourism to the top hence increasing its revenues with in the country. The amount of revenues which were collected last year totalled to $440 million by the end of the year. Tourism also contributed foreign direct Investment to the country last year.

Rwanda’s main tourist attractions have continued to be the mountain gorillas and these are mainly found in volcanoes national park, they have contributed high revenues and many gorilla trekking safaris. There are also many other attractions which include; the culture of the people of Rwanda, the chimpanzees, national parks full of wild animals, city tours and many more.