WILL TOURISM SAVE UGANDA?

Home » WILL TOURISM SAVE UGANDA? 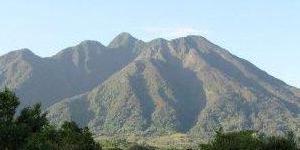 n visited twice in a space of 10 years by Bill Gates, one of the richest men in the world – the last being two months ago, due to the fact that he regards it as one of the best places on earth if not the best”, The executive director of Uganda Wild Life Authority Dr Andrew Seguya intimated during the Banyakigezi Convention in Kisoro.

The largest travel guide book and digital media publisher in the world- Lonely Planet added its voice to that of Bill Gates, when it voted Uganda as the number 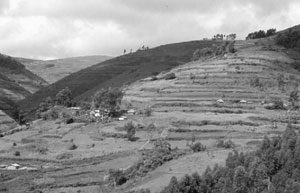 one tourist destination for 2012 and Uganda is there a beautiful place worth visiting.

Uganda the ‘pearl of Africa’ as was named for its unique natural beauty,was again named the best birding spot in 2013,named among Africa`s top 10 tourist destination 2012/2013 ans was listed in the top 20 must see destinations for 2013 by the National Geographic this year.

Among the key Uganda safaris` highlights (must see attractions) was theVirunga volcanoes in the South West of Uganda.It was spoted as one of the top 20 must visit places in the world by the National Geographic Channel.

The African Bird Club voted Bwindi Impenetrable National Park a UNESCO World Heritage site, the Africa’s number one birding site. Bwindi was further rated the best tourism hotspot by Trip Advisor because due to the fact that it is so serene and attractive yet it has an increased gorilla population to a tune of 400 gorillas which is more than half of the world`s total gorilla population.

Another attraction that led to this great observation were the tree climbing lions of Ishasha in Kigezi wildlife reserve that the National Geographic voted number one picture in November 2010.Uganda Wildlife Authority`s officer Seguya declared that the Authority has rebranded all national parks in the Kigezi region of Uganda perhaps the reason for the tremendous hike to fame as well the uganda safaris to this area.

Like many tourists have intimated, `Bwindi is the Ultimate Gorilla Experience and Mgahinga is where Gold meets Silver’. This explains why Uganda has received many international tourism accolades because of Kigezi region as Seguya stated.

Mr.Seguya encouraged the native people of Kigezi highlands to take advantage of tourism in their magnificent region so as to improve their wellbeing in their daily life. He further advised the Banyakigezi (natives of kigezi region) to sit back and relax because of these good reviews but rather work harder to maintain and even target higher awards.

The East African affairs minister-Mr Ruhakana Rugunda said that tourism is Uganda’s as well as Kigezi’s most potential savior.He further intimated that God favoured Kigezi with a great scenic view and environment that attracts tourists and he also urged the residents to take advantage of it for their betterment.

Mr Ruhakana Rugunda confirmed that its true that Bill Gates has twice come to Uganda not only does he come with money but many business connections too.

He stated that Spain attracts 60 million tourists and yet Uganda is sitting on a goldmine that is yet to attract more than one million tourists a year.This will be achieved how ever with a lot of government effort especially by advertising Uganda`s magnifiscent tourist attraction to the rest f the world so as to boost the Uganda safari  industry.