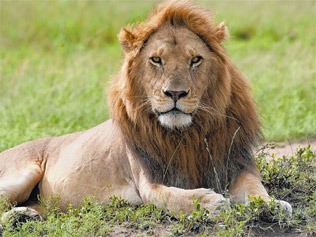 The conversational speculations and the safari news have soaked the move of the Akagera National park’s management to re-introduce lions from the sister state of Kenya; something that everybody was cherishing that it would result into increased safaris to Rwanda.

The manager of Akagera National park had earlier noted that the attempts to achieve this are nearly bearing fruits thus they are preparing to receive these great species that are highly sought for on Rwanda safaris.

However, this has been turned down by the Kenya conservation Authority (Kenya Wildlife services) as noted by its Director William Kiprono. He noted that Rwanda has just made a request and the matter is still being contemplated upon at the highest government levels. He made these remarks at the celebration of world Elephant Day in Voi.

Additionally, the request is still being criticized the conservation bodies in Kenya which claim the issues that caused lion extinction in Rwanda have not been sufficiently addressed.

Kiprono further noted that the export of any wildlife species in Kenya is not an easy exercise as it is subject to president’s approval and consensus of several line ministries.

The re-introduction of Lions in Rwanda would enhance the products that travellers always enjoy while on safari in Rwanda thus complementing the traditional gorilla trekking safaris, chimpanzee trekking safaris and the existing wildlife safaris.