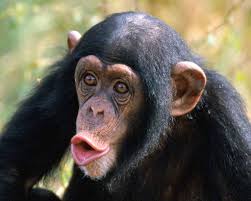 Chimpanzees in Uganda are mostly found in Kibale National park and they are so closely related to humans. They have been visited by many people who have come for chimpanzee trekking safaris in Kibale, this has however helped in increasing the revenues of the country since this activity is considered to be one of the enjoyed activities in Uganda.

However chimpanzees are faced with increased dangers which are mostly from humans and also their habitants have continue to suffer from human encroachment which has resulted into great decrease since some of them are killed by the local communities hence affecting chimpanzee tracking safaris to Uganda.

Chimpanzees which are kept at Ngamba Island have been attracting many trekking activities which have helped at increasing the revenues of the area. Most of the chimps found in this place are orphans and they are well preserved and conserved in order to prevent them from extinction.

The sanctuary has got over 40 chimps and these provide the tourists an opportunity to interact well with them since they can understand like the human beings. This has helped in increasing the number of tourists who come for chimp trekking in Ngamba Island.

Chimpanzees can also be found in Queen Elizabeth National Park in the place known as Kyambura gorge; chimps at Kyambura gorge have greatly attracted many chimpanzee safaris which have helped in developing the tourism sector since the revenues have been increasing day by day.

They can also be tracked in Budongo forest; this forest has got a good number of chimpanzees which are enjoyed by the tourists who come for chimpanzee tracking tours to Uganda.