Uganda a land of many traditional songs and dances

Home » Uganda a land of many traditional songs and dances 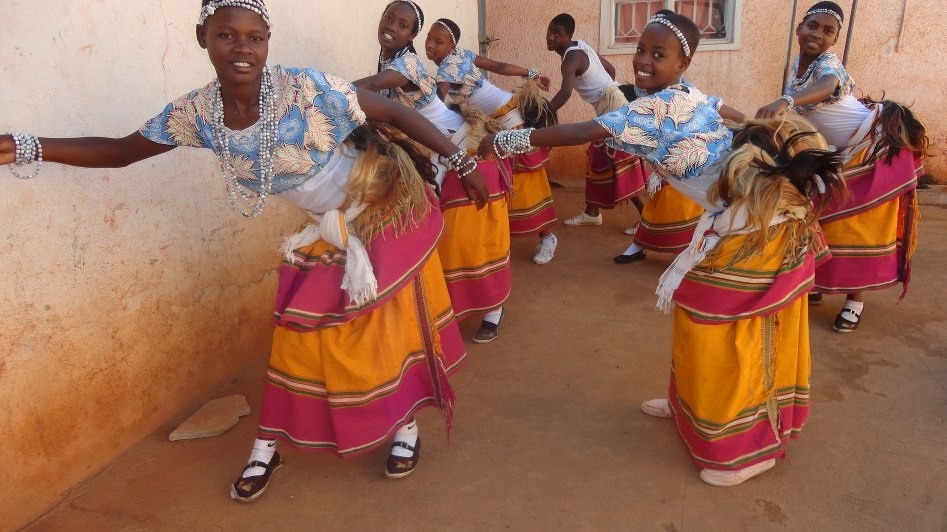 come an important component of our lives, to a point that some people confess of how they would not be able to live without it. Thanks to technology we can now move about the earth with our best songs on an iPod and our best dance videos on an iPad. But is often more satisfying when we actually go to concerts and watch our favorite musicians doing their thing.
Uganda is one of those places where you will hear the sound of sweet voices accompanied by traditional instruments creating music of dissimilar rhythms, volumes and durations. It is in places like Uganda that you will listen to a song even when you do not intend to do so. A safari and tour to Uganda is a musical one.
Exclusive of the contemporary music that we love to dance to in Uganda, this country has a long list of traditional dances and traditional music that define the different groups of people who carry Ugandan Citizenship. Each and every ethnic community has songs and dances of its own which make it individually unique and dissimilar from any other in the country.
On a Uganda Safari to the Kingdom of Buganda; which is located in the central part of the country, tourists will enjoy a traditional dance called Bakisimba performed principally by the Kiganda women. The dance involves critical attention to details like foot work and the wiggly movement of the waist. The Bakisimba dance is accompanied by choral backup singers and a broad list of traditional instruments like engoma (drums), amadinda (traditional wooden xylophone) and endingidi (tube fiddle).
If  you go to western Uganda, you will encounter dances like Runyege-Ntogoro of the two related Kingdoms of Tooro and Bunyoro. This is a traditional dance for Okushwera (marriage) performed by two youthful groups of boys and girls in which an aspiring groom and bride demonstrate to the multitudes their intentions of starting a new life together.
In western Uganda where most tourists get to enjoy safaris to Uganda’s National Parks, they will fortunately meet the Bakiga energetic dancers who dance with great might that even dust rises and the dry ground below you shakes and begs for mercy. The Bakiga are considered one of the strongest people in the country and this is surely represented in their traditional music.
If you happen to find yourself in Eastern Uganda, you will enjoy the Gisu traditional dance called Mwaga (aka Akadodi). The Gisu people inhabit the Mount Elgon area and perform this dance around August of every year when their male circumcision ceremony peaks.
By traveling to Northern Uganda you will be fortunate to encounter the Acholi people who have a variety of dances and songs. The Acholi are however popular for three (3) dances; Dingi Dingi, Bwola and the imperial dance called Laraka Raka. Adding to the instruments, the props used in these dances are also something to captivate the audience.
The list of songs and dances in all parts if Uganda goes on and on and tourists can therefore expect to share in the Ugandan cultural story through the music of the Ugandan masses. Tourists ought not to be bashful but to join in with the dancers or instrumentalists. They will be able to learn a few of the dance strokes and songs.
Arts of music have for long been a way in which the people of Uganda have passed on information from one generation to another. Children are taught how to behave through songs and the gods are also worshipped, thanked and summoned through songs and dances. Whether it is a happy moment or a time of sorrow, Ugandans have a song for each season.
You will never be limited to sounds and rhythms in Uganda. Uganda in her diverse population has a lot of music and dance for her guests to listen and dance to. This is a musical country!