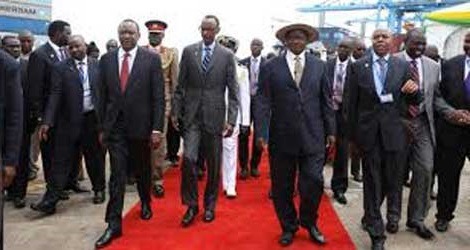 Uganda and Rwanda are one of the prime destinations that are usually visited by Uganda safari and Rwanda safari undertakers respectively. They share in common in terms of tourism resources more especially the critically endangered mountain gorillas that dwell in the Virunga massif and Bwindi Impenetrable National park that has in turn gave rise to gorilla safaris in the region.
Considering this background, the Uganda Tourism Board – a specialized marketing public body that aims at increasing safaris to Uganda

in conjunction with the High Commission of Uganda in Rwanda arranged a tour operators workshop in Kigali with the motive of bridging the gap between the tour operators from both sides that will in turn see the countries being sold as a single destination.
The current efforts of regional Integration have a significant effect to the tourism industry since it is seen as an opportunity through which travellers including those on safari in Uganda and Rwanda can move harmoniously to enjoy cross boarder attractions. The interstate travel is seen as one of the strategies through which the East African integration can be achieved as it is very important for people to know each other before living in mutual alliance. The attempts to establish the railway line as reached upon by the 7th Northern Corridor Summit which sat in Kampala of recent can also be considered as an opportunity through which tourism can tap to flourish.
The Uganda Tourism Board highlighted a range of Uganda safari attractions in the presentation that was made during the event including culture and heritage, special events and natural attractions that mostly exist in her 10 National Parks and numerous wildlife reserves like Mountain gorillas, tree climbing lions, Big 5 land animals among others.
Uganda safaris/Uganda safari News
Prime Uganda safaris & Tours Ltd safari News.