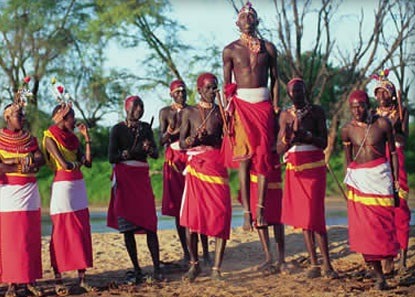 Today the name Uganda is on people’s lips as a melting pot for culture and heritage.  Uganda alone has over 56 tribes speaking more than 30 languages and each of these tribes have got unique ways of life, marriage ceremonies, dress code, dance, arts, cultures , beliefs and norms.

In eastern Uganda one will encounter the gisu people that hail in the elgon mountain with their notorious “Imbalu ceremony” that goes up to four months every year from august. The traditional circumcision commences with circumcision with groups of people camping, singing and dancing kadodi. This circumcising ceremony of welcoming young boys into adult hood spreads as far as Kenya and Kapchorwa.  The interesting bit of the people in Kapchorwa the Sebei is that they still practice female genital mutilation and the elders of this land are still proud of this activity.

The north eastern part is home to the Karamajong people, the nomadic pastoralists whose life is dependent on milk, sorghum and animal blood. Among the Karamajong lives an isolated tribe, the Tapeth people. Today the Tapeth still dwell in caves surviving on fruits, tuber gathering and hunting. The Tapeth people do-not dress up and still strongly believe in female genital mutilation.

The baganda in central region has an amazing long history of kingship of a total of 35 kings including the current one Ronald mwenda Mutebi II. In Buganda a man is allowed to marry as many wives as he wishes and the more women and children one has the more respect he will get from the society. Marriage in Buganda is so divine in that all girls are well trained by their own aunties and mothers on how to handle their husbands as boys move with their fathers and uncles.

Uganda cultural safaris are a great safari experience because Uganda is a culturally blessed nation with a count of over 65 tribes as per the amended constitution of Uganda 2005.