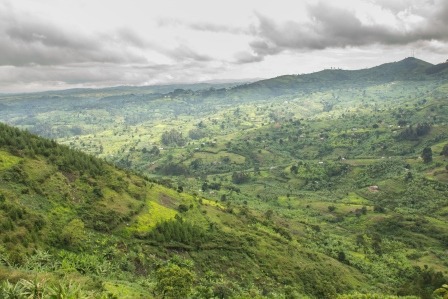 The Uganda President who is also the Commander-in-Chief of Armed Forces reached the decision to create a specialized new mountain warfare unit with the intention of securing all the mountainous ecosystems in the country including those explored on adventure safaris in Uganda.

This revelation was made at Kyanjuki Village in the District of Kasese at the Mount Rwenzori foothills – one of the famous Uganda Safari sites on Friday June 17th during his visit to observe the training of the new Uganda People’s Defence Forces unit which is set to take up the responsibility.

It can be noted that the Mountain warfare is considered to be among the dangerous combat types because it does not involve not only the enemy but also the rough mountain terrain and extreme weather cases.  Regardless of this challenge, the President notes that it is very significant to realize the need for securing these mountainous areas and ensure tourism promotion including Mountaineering tours in Uganda.

The beauty of the towering mountainous landscapes such as the snow capped Rwenzoris rising to 5,109m above sea level marking the third position in Africa, the three peaks of the Virunga volcanoes namely; Gahinga, Muhabura and Sabyinyo not forgetting Mount Elgon with its largest volcanic mountains caldera cannot be forfeited. Both the local and International dwellers are fond of such landscapes and thus enhancing their safety may result into increased Uganda Safaris and tours.

The new force unit is being trained by the French Alpine troops and will be charged with mountain security and the combating the Kasese crisis that has seen about 50 people die as a result of ethnic clashes following the February elections.  The UPDF intends to establish a training institute specializing in Mountain warfare.

The lead instructor of the ongoing training Capt Pierrick Balanche noted in his statement that the force is reliable and has proved to learn faster, physically fit and disciplined.