Uganda explored from the skies– uganda safaris and tours News 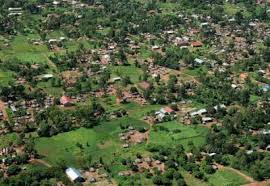 The destination Uganda as described by many is a rich haven with wide range of attractions and tourist activities with the potential to pull great counts of world travellers to undertake safari tours to Uganda. These attractions and activities are scattered all over the country and despite the connection challenges, they can all be explored in detail.
People from different professions and originalities have always fallen in love with Uganda even when it was not their initial interest. Most of these come as expatriates, volunteers, diplomats, business men to mention but a few but end up with great interest in Uganda as a tourist destination by visiting and noting various notes about Uganda safari tour products.
One of these is Jean-Michel Hausman who landed in Uganda primarily on his job as a secretary to the defense attaché of the Belgian Embassy with little hope in any other thing apart from his job but was later astonished by the beauty and the tourist offers in  Uganda which prompted him to start undertaking Uganda safaris and tours.
The love of Uganda’s beauty could not be withheld in the heart of Hausman who resolved to bring out to the world. His desire to showcase that Ebola was not everywhere in Africa also counted. This prompted him to document and to produce a free video at a zero cost showcasing the beauty of Uganda. In doing this, he sought support from the Brussels Airlines and the Uganda’s Ministry for Tourism with the former facilitating his fuel for the vehicle and the propeller while they  later facilitated his clearance to film in various destinations.
In return, Hausman has flied over magnificent micro destinations usually sought for by travellers on safaris and tours in Uganda exploring the lodges, national parks along with other tourist activities. The flight plan meant to take 22 days enabled him to explore areas like Kidepo Valley National Park, Murchison Falls National Park, Fort Portal area, National Park of Queen Elizabeth, Lake Bunyonyi along with Lake Mburo National Park and the footage featuring all these Uganda safari destinations will be broadcasted on the Brussels airline flights worldwide.
Uganda safaris/Uganda safari News
Prime Uganda safaris & Tours Ltd