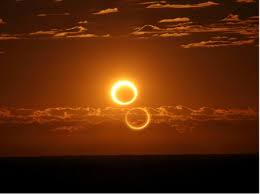 Uganda expected many tourists who came for the safaris in Uganda and the main event which brought these People was the eclipse which was scheduled to take place in Uganda on 3rd of this month, this event greatly helped in increasing the revenues of the tourism sector.

This event was important for the tourism sector since it attracted many tourists all over the world and at the same time it helped in marketing Uganda to the outside world, this helped in promoting the country which helped in attracting more safari tours to Uganda.

The local people around Packwach gained in the way that the tourist who came for the safari eclipse provided direct incomes through buying local products from the tourists; these included the crafts, and other tourism products which sell Uganda as a tourism destination.