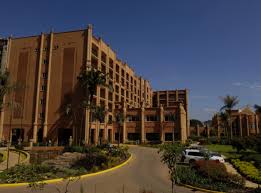 The Uganda Hotel Owners Association the main umbrella for all the owners of hotels, motels, Uganda Safari Lodges, Inns and Camps elected the new executive committee at the beginning of this week to further its interests.

The Organisation which comprises of over 450 members converged at Hotel Africa – one of the popular destinations for the Uganda tour product of Meetings Incentives Conferences and Events (MICE) and elected a new committee. Amazingly, due to the tremendous work done by the previous Committee, the members felt obliged to give them another opportunity to serve them more.

The members acknowledged that since the team had achieved over 70% of their targets in their first term, it could achieve more if offered another turn and that’s what they did. The team is hailed for backing up the move to reduce the Visa fees from $100 to $50 among other things.  They have also been in the struggle to remove the 18% VAT levied on upcountry accommodation including lodges used by travellers on Safaris and tours in Uganda and at last the President bought into the idea and has directed the Ministry of Finance Planning and Economic Development to reconsider taxes on tourism services except the ground rent in National Parks.

The Team reiterated their commitment to removing the blockades in the service industry including undeveloped infrastructure especially roads connecting to up country destinations like Ssese Islands and Bwindi  Impenetrable National Park – the main destination for Uganda Gorilla Safaris and Tours. Other concerns like hotel classification will also be on top of the Agenda.