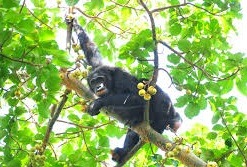 The Uganda tourist promotion Agency – the Uganda Tourism Board which is responsible for marketing Uganda safari attractions has embarked on a rigorous marketing campaign to tap into the Chinese people invigorate them towards visiting Uganda.
The Uganda Tourism Board (UTB) in this endeavor hosted the Vice President and the Secretary General of the Guangdong Provincial Tourism Association Li Jinamo in the move to forge the way forward in Uganda’s efforts to attract the Chinese holiday makers to plan safaris to Uganda.
The country of China contains over 1.3 billion people while the Province of Guangdong where Jinamo hails from has a population of 100 million people which is almost thrice the Uganda’s population. The Executive Director of UTB Mr. Asiimwe Stephen acknowledged that China has the highest number of out bound travelers in the whole world.
Uganda Tourism Board in the efforts to fulfill the key tourism objective of enhancing the number of international visitors undertaking safaris in Uganda from 1.3 million in 2014 by 50% to 1.8% in the year 2016 embarked in participating in the China International Tourism Mart (CITM) along with the Guangzhou based Ugandan consulate. The Ethiopian Airways offered a free Uganda ticket which was won by Mr. Li Jinamo in the Uganda Night event. A familiarization tour was then organized by Uganda Tourism Board to enable him explore Uganda in detail.
The step towards attracting Chinese to Uganda is seen as a positive move in enhancing Uganda safari arrivals. Mr. Li Jinamo note that Uganda has to work towards enhancing connectivity and that Uganda and China governments can work towards starting direct flights between Uganda’s Entebbe International Airport and China’s province of Guangdong. At the moment, there are four airline companies that link Uganda and China.
Mr. Li Jinamo continued to note that Uganda still has bad roads and the issue of language barrier is still significant. The Uganda Tourism Board and Chinese have no direct language link. He proposed that it would be far better if the media in Guangdong is invited to write about the Uganda’s impressive tourist attractions that can be encountered by Chinese while on Uganda safari. The engagement of Mr. Li Jinamo is seen as a hopeful step to attract over 2,000 Chinese companies that are members of the association where he hails.
Uganda safaris / Uganda safari News
Prime Uganda safaris & Tours Ltd