Definitely with a bid to promote the beauty in the pearl of Africa, Uganda launches Tulambule Christmas campaign to promote local tourism during the festive season.  Godfrey Kiwanda, the minister of state for tourism wildlife and antiquities launched Uganda’s latest tourism campaign that will run till January 2019. The Tulambule Uganda Christmas campaign will involve activities like zoo festivals, music concerts and related entertainment, children and family parties held in different tourist or safari Uganda destinations.

The Ministry of Tourism is currently running 4 different projects to increase Uganda safari tourist numbers. The Tulambule (a Luganda word that means “let’s tour”) tourism campaign is geared towards encouraging local tourism, Twende (a Kiswahili word meaning “let’s go”) Uganda targets to embrace tourists from the East African region, destination Uganda campaign targets tourists from all over Africa and Pearl of Africa tourism campaign is meant to embrace tourists from beyond Africa. John Sempebwa the Deputy CEO of the Uganda Tourism Board during the launch declared that this year has been the best for local tourism and encouraged people to embrace local tourism.

Officially launched on Tuesday 30th October at the Uganda Museum, a good will tourism ambassador was appointed, in a statement from the tourism minister he stated that;

“We have recruited Zarinah Hassan, commonly known as Zari Hassan a local socialite, and next year Kanye West and family will be here and will be made tourism ambassadors, but this will not stop anybody willing to come on board,” 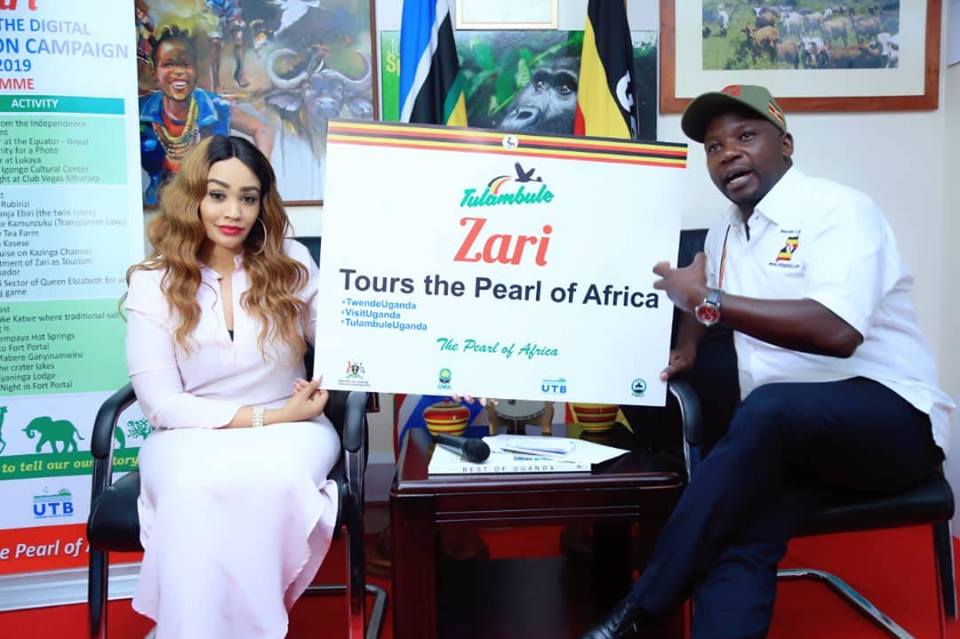 He also added; “You have to do well domestically then internationally; you can’t market what you don’t know, people must experience our products and this will help us by making the public our ambassadors,”

US rapper Kanye West and wife Kim Kardashian are scheduled to return to Uganda early next year to be unveiled as Uganda’s good will tourism ambassadors after they took a Uganda tour last month.

Government officials including KCCA showed preparedness and vowed to making the city sparkling by cleaning the city and unclogging trenches. The DP Tourism police Frank Mwesigwa noted that they are ready to work with different tour operators in case of any tourism related issues no matter how small. Several tour operators plan to run discounted Uganda safaris packages during the Christmas season to attract locals to tour the country. The Uganda Hotel Owners Association pledged to offer affordable and comfortable accommodation throughout the country with quality service.

Tulambule Uganda is here, lets take the chance to re discover the Pearl of Africa-a wild that still holds new discoveries.