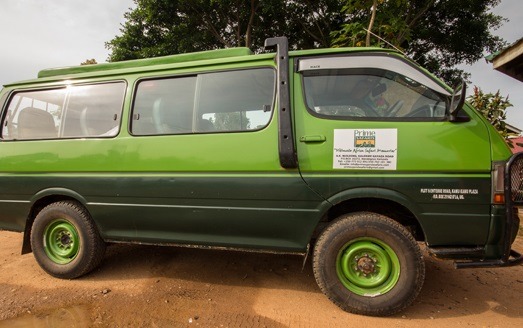 In regard to East African standards, Uganda’s major roads/routes are generally in good state and hence safe for any traveler planning for self-drive Safari in Uganda. Surfaced roads originate out from Kampala- Uganda’s Capital city, running to all regions. Therefore visitor on Uganda self-drive safari can easily connect from the city Center to different Uganda Safari destinations like Jinja in the east, Mbarara in the south west, Gulu in the north among others.
As a matter of fact, Uganda’s unsurfaced roads tend to be seasonal and chance change from one season to another, with some being impassable during rainy season. The most affected are those in the village areas or Up-country. Even in the dry season were they are bit fair, an isolated or little downpour can change the condition of the road that early on seemed to be perfectly good state.
Driving in Uganda is very interesting to any visitor on Uganda Safari but also challenging than other East Africa and Southern Africa countries and hence this offer an experience of its own .Therefore to all visitors planning for self-drive safari in Uganda, you perfectly need to be a defensive driver and when on the road, Just drive defensively when busses and minibus-taxis are around as their drivers are crazy. These are now the major dangers on Ugandan roads apart from unforeseen pot-holes. Minibus-taxi drivers in particular have for so long been sighted as the major overtakes even on blind corners, and speed limits are commonly ignored except when road conditions are bad.
While setting off for Uganda self-drive safari, please note that the following documentation are required at all times: the vehicle registration book, a minimum compulsory Third Party Insurance Coverage Certificate – sticker and a driving license. Your own domestic license is acceptable for up to three months, only those with a valid International License, 23 years old and holding a valid Full driving license for a period of more than 2 years is allowed self-Drive, with Full Comprehensive Insurance.
Having the above in mind, a coasting speed of 80k/hr in the open road is recommendable without being over cautious, and it’s not a bad decision to slow down and cover the brake in the face of oncoming traffic. In urban areas , especially downtown Kampala, right of way mainly belongs to he who is read to force the issue – a considered blend of defensive driving tempered by outright assertiveness is most needed to get you through safely without becoming stuck in traffic.
We at prime Safaris and Tours Ltd say that come and have full experience of Self-drive safari in Uganda.
Uganda Safaris/Uganda Safari News
Prime Uganda Safaris &Tours Ltd News