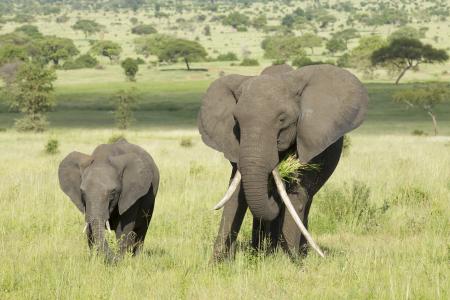 Uganda will on March 3rd join the entire world to commemorate the World Wildlife Day which raises the awareness and celebrates the global flora and fauna including that explored on Uganda Safaris and tours.

Running globally under the theme “Listen to the young voices”, the 2017 World Wildlife Day will focus on the global youth with the intention of drawing them to the world of Conservation. The destination Uganda will mark her celebrations at the Uganda National Museum under the theme “Mainstreaming the youth in wildlife conservation”.

The World Wildlife Day Celebrations in Uganda will feature a week long events in which the natives and travelers on Safaris in Uganda can participate in. Among these include; the Wildlife Marathon on Feb 26th, Wildlife Exhibition at the Uganda Museum from March 1st –3rd, Wildlife Street Launch along Kira Road on March 3rd after which the Official Celebrations will be marked at the National Museum.

About 1.8 billion people which close to the one quarter of the global population is between 10 – 24 years according to the United Nations Population Fund. This is the age category that the United Nations considers to be youth. However, there has been concern about the youth attitude, behavior and beliefs towards environment which threatens the conservation of environment and wildlife in particular. Thus, centering this year’s wildlife celebration among the youth aims at stimulating responsibility and grooming a generation that can safeguard the offers of nature.

The World Wildlife Day was declared by the United Nations General Assembly on Dec 3rd 2013 and besides celebrating the benefits generated from conservation, the day acts as a reminder towards strengthening the illegal wildlife trade and poaching

Uganda features a range of ten (10) National Parks and over twelve (12) game reserves which support a myriad of wildlife including the critically endangered species like the Mountain Gorillas explored on gorilla safaris in Uganda, classic big game including African Big five and the lush flora.  The country is also home to 1057 bird species comprising 50% of the Africa’s bird species and 11% global species forming a stronghold for birding safaris in Uganda.