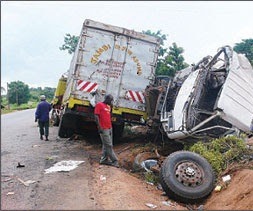 Uganda is by no means an ordinary destination considering its diversity of tourist attractions and activities ranging from gorilla trekking safaris, wildlife safaris, cultural encounters, chimpanzee trekking safaris among other experiences that are carried out in her various protected areas including National Parks, game reserves, forest reserves, zoos and sanctuaries. This rich background in turn pulls good number of tourists to undertake safari holidays in Uganda.
However, it should be noted that for tourism to succeed at a given destination there are various elements that must be in place or call them  components of a tour package which include transport, accommodation, attraction and ancillary services. This shows that from the word go the transport component is vital to the tourism industry which gives this argument leverage. The nature of roads connecting to Uganda safari destinations requires overhaul as most of them are loose surface that pose difficulties to traverse especially in seasons of rain. This problem has been neutralized by the usage of 4×4 wheel drive which has the power to navigate through such landscapes.
Besides the road structure, the issue of the road behavior or term it the traffic control element is still lacking. This does not only threaten the lives of the natives but also those that undertake safaris in Uganda. The traffic control systems are limited to major towns and the upcountry areas are less monitored which poses the ground for over speeding and breaking of road use rules which in turn puts the lives of people at stake. For example on November 4th, 2014 the Australian couple who were on safari tour in Uganda lost their lives while riding a BMW motorbike after colliding with a Toyota Prado 3km past Mubende town.
Tanya Natasha Griffion aged 34 and Dean Griffon aged 33 had traversed other African countries including Zimbabwe, Malawi, Namibia and Botswana but became unlucky in Uganda. Though this can be considered as a sudden happening, other people including Ugandans also lose their lives too on these roads. The human errors, reckless ness and negligence behind these accidents can be easily reversed by enforcing the road standards and the travellers on Uganda safaris would not only enjoy the tourism offerings but also feel safe on the roads where he/she is passing.
Uganda safaris/Uganda safari News
Prime Uganda safaris & Tours Ltd