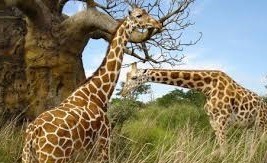 Travel Association (ATA) and the Ministry of Tourism Wildlife and Antiquities are to collaborate and launch a road show in North America intending to entice North Americans to plan safaris to Uganda.

The African Travel Association expressed that a high caliber tourism entourage from the Uganda’s Ministry of tourism under the umbrella of the Tourism Minister Maria Mutagamba is meant to involve itself in North America promotional road show making stops in cities of Los Angeles, Washington DC, Atlanta, New york and Toronto in Canada at the beginning of September. This is a portion of the promotions for 39th ATA annual World congress that will take place from 11 – 16, November 2014 in Kampala Uganda which will directly or indirectly increase safaris in Uganda.

The purpose of this Road show is to structure business connections and affiliations between Ugandan tourism industry players and American tour operators and travel agents. This would in turn shape a brighter future as the travellers will be prompted to buy Uganda safari packages such as  gorilla safari.