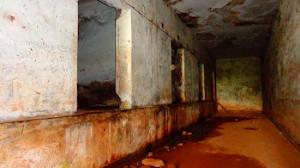 Tourism in Uganda has for long been built on aspect of nature. Most Uganda safari undertakers have always been buying packages that feature wildlife safaris and gorilla safaris. This has made other tourist products particularly from culture and heritage to remain untapped.
From this regard, the tourism planning and developing bodies like Uganda Tourism Board (UTB) have identified the dark Uganda’s past as one of the products that can be developed to diversify tourism sector and in particular augment nature tourism which can also be encountered while on safari in Uganda.
The dark history of Uganda that is to be included in this initiative includes; the remains of the reign of Idi Amin Dada, re-known war lord Joseph Kony and the infamous cult leader Joseph Kibwetere. Amin Daada ruled Uganda from 1971 – 1979 and his reign was characterized by great bloodshed and tyranny. He is also known for having expelled the Asians from Uganda within a period of 90 days in 1972. Joseph Kony is a re-known war lord who led the infamous Lord’s Resistance Army, a rebel group that operated in northern Uganda for two decades committing horrible atrocities against humanity. While Joseph Kibwetere is known for his religious cult that hoodwinked people that Jesus Christ was coming back in the year 2000 and thus people should sell off their belongings and assemble at his church awaiting the coming of Jesus Christ and the end of the world.
These three prime dark products have capacity to be included on the lists of those planning safaris to Uganda once they are developed, presented and marketed for tourism. The developing of Amin’s torture chambers both at Nakasero and Lubiri, setting up Joseph Kony memorial and Joseph Kibwetere memorial is one of the strategies through which dark tourism can be maximized in Uganda.