UGANDA TOURIST VISA BACK TO $50; THE IMPACT ON TOURISM

Home » UGANDA TOURIST VISA BACK TO $50; THE IMPACT ON TOURISM 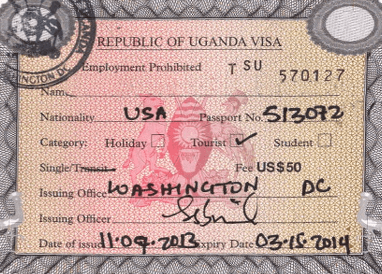 The destination Uganda on the morning of July 22nd started to issue the Single entry Visa to the visitors including those on Safaris to Uganda at half the price of what it used to cost.

The Uganda Visa had been hiked to the price of $100 from the $50 something that was heavily protested by a range of stakeholders especially the tour operators with the argument that the high fees were discouraging the Uganda Safari travel.

The country has for the whole of the previous year been bewildered by setbacks in the number of travelers on safaris and tours in Uganda resulting into the low occupancy rates at the safari lodges as well. The high Visa fees added to the 18% VAT made the destination expensive resulting into reduced arrivals. Of course, this situation was worsened by the pre-election speculation where hyper reporting was all over media including International media something that made some of the potential travelers that had interest in taking up tours to Uganda to rethink their decision.

Fortunately, the anticipated after election violence never happened and when the nation was still enchanting because of that, another magical decision arrived when the Uganda Visa was reversed to its old price of $50. The continuous engagements with the Uganda Immigration Officials, the Visa fee was eventually brought back to $50 commencing 22nd July 2016 at all entry ports of Uganda including Entebbe International Airport.

However, this comes at a time when Uganda is introducing the online visa application programme where those intending to travel to Uganda have to submit their application online for approval before traveling to the port of entry. This will not only save time at the Airport but also enhance the national security which is to the benefit of all.

The reduction of the Visa fees is believed to pose a significant impact on the tourism sector by increasing the tourist arrivals which in turn will result into increase accommodation occupancy and the revenues generated from tourism. The trend in the number of Uganda tour undertakers is anticipated to keep positive since the destination is no longer costly.