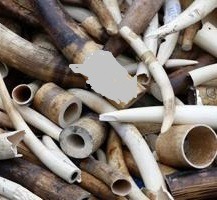 The Executive Director of the Uganda Wildlife Authority – a public body that is charged with the responsibility of taking care of Uganda’s wildlife that thrive in various national parks, wildlife reserves, zoos and sanctuaries where Uganda safaris are undertaken was reported to have been suspended on Thursday following the disappearance of ivory from the government strong rooms according to New Vision paper.
Though Andrew Seguya – the Executive Director of UWA denies his suspension from office citing that he is not aware of the suspension move, several agencies and personalities including the Members of Parliament, the minister of Tourism ,Wildlife and Antiquities have supported the move to have him step aside for the investigations to triumph harmoniously. This move follows the suspension of five other Uganda Wildlife Officers at the beginning of this week which included; warden law enforcement – Moses Olinga, head ranger – Moses Sikuku, clerk to the armory – John Lopeyo and two enforcement officers, Louise Muhumuza and William Echemu. Dr. Andrew Seguya has been the head of UWA since 2010 after being transferred from Uganda Wildlife Education Center.
The 1,335kg of ivory which is equivalent to $1.1m or 3billion Uganda Shillings disappeared from UWA strong rooms something that was unearthed by UWA audit report. This prompted President Museveni to task the Inspector General of Government (IGG), Irene Mulyagonja to carry out an investigation featuring the disappearance of ivory that has been seized from wildlife traffickers and poachers since 1990.
Ivory is got from elephants which are part of the Big five land animals that are cherished by tourists while on wildlife safari tour in Uganda and continued poaching is a big threat to their existence and continuity that would definitely lead to their extinction.
This implies that elephants just like mountain gorillas that form the ground for gorilla trekking safaris in Uganda should be accorded maximum conservation efforts because they carry with them precious tusks that are highly demanded especially in parts of Asia since they are mixed I n traditional medicine and are also considered a symbol of status.
The poaching of elephants to extinction will have great effect to Uganda’s bio-diversity and the ecosystem in general in terms of vegetating taming. While on a tourism perspective, it would definitely reduce the tourism  products and would prompt travellers to reduce on planning safari holidays to Uganda.
Uganda safaris/Uganda safari News
Prime Uganda safaris & Tours Ltd safari News.