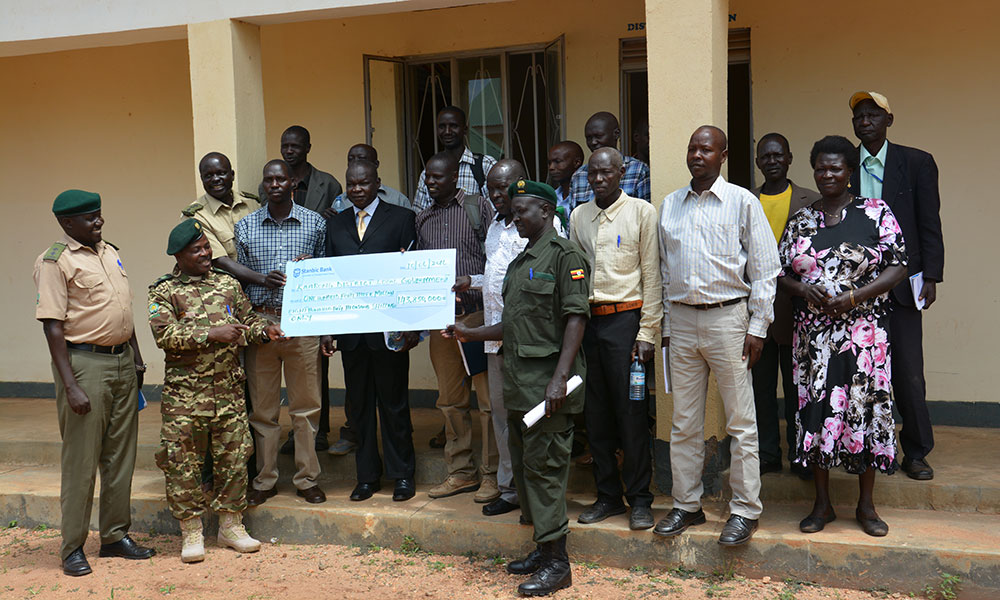 The Uganda Safari tour National Park of Kidepo of recent received $42000 approximately 143,850,000/= for the 2015 / 2016 financial year to undertake the implementation of livelihood projects in the area.

The submitted funds were released by the Kaabong District administration and it is generated from the 20% revenue sharing scheme with the park as entrance receipts. This total amount had accumulated for the last three (3) years until they were eventually released. The 20% revenue sharing is provided for in the Uganda Wildlife Act to enable the community realise the significance of conservation and the Uganda Safaris and tours.

According to Johnson Masereka Conservation Area Manager of Kidepo Valley National Park, there are three (3) sub counties set to benefit from the scheme and these include; Kawalakol, Kamion and Karenga. The Sub counties submitted a range of projects and the District government had to undertake keen vetting and endorsement was reached for the following projects;

The Karenga Sub County resolved to put up a cultural centre with an estimate cost of 46million Uganda Shillings located at Opot Pot while in the Sub county of Kawalakol a similar project was endorsed at Moruita at an estimate cost of 45 million Uganda Shillings. For Kamion Sub County will get solar power system at a cost of 21 million at Lwakwakaramoe primary school,  Lwakwakaramoe health center II at a cost of 10 million Uganda Shillings and eventually a grinding mill in the Parish of Morungole at a cost of 15million Shillings. These new cultural centers would definitely bring the unique culture and heritage of the Karimojong for the exploration of the travelers on safaris and tours in Uganda.

The Supervision cost shared at Sub County and District level stands at 6,850,000/= and is part of the total sum remitted. Supervision and Monitoring is in line with the guidelines of the revenue sharing scheme.

The Kidepo Conservation Area Management at the very function disclosed another 116,362,841/ = set to be utilized in the year 2016/17.   The general District management applauded the Uganda Wildlife Authority initiative and called upon the community to make proper utilization of the remitted funds and gain a wider picture towards conservation and utilization of protected areas like Kidepo Valley National Park for sustainable development.