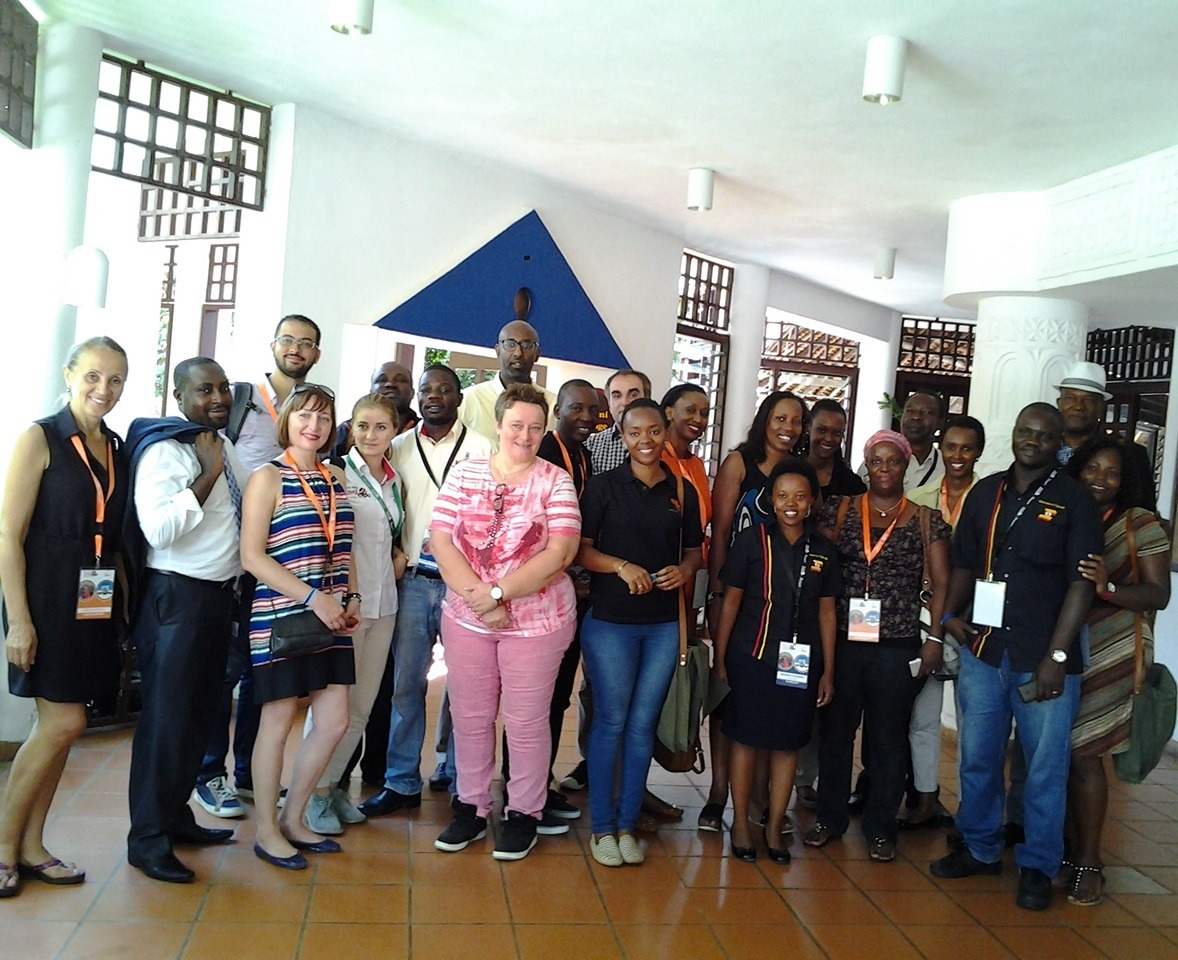 The destination Uganda is among the popular tourist sites in the region with remarkable visitor products that form the ground for memorable encounters including Uganda gorilla trekking safaris. Having enrolled herself to participate in the magical Kenya tourism expo that took place from 15th – 17th October 2015, little did she know that her products would mesmerize the world and attract a crowd to her stand.
Like how she had scooped the award at the Indaba Fair in South Africa close to the middle of this year, Uganda again emerged the best at the magical Kenya tourism expo an event that was attended by a myriad of participants both from the region and the International looking for the means of how to sell the East African leisure and travel products to the traveling world including the Uganda safaris.
This is a considerable strength that is being added onto Uganda complementing a range of accolades that the nation has been gathering overtime including being the 2012 leading destination, the winning at Indaba fair, her destinations being famous internationally like Bwindi being the number one birding spot in Africa, Mount Rwenzori being among the challenging mountains to climb in the world and Kidepo Valley National Park being the third best park in Africa. This has in turn influenced a range of world travelers to take safaris to Uganda.
The Magical Kenya Expo which was conducted close to the Mombasa Coastal City in Diani saw Uganda take the Grand Award for possessing the Overall Best Exhibition stand along with the best stand design at the 5th edition of this International travel expo. The winning was attributed to the general appearance of the stand along with the customer services made Uganda to attract great count of local and international attention from the hosted buyers to her stand as noted by the Chief Executive Officer of the Marketing Society of Kenya Waithera Ng’ang’a.
The Magical Kenya Tourism Expo 2015 was a successful event having attracted a count of 120 participants from a range of countries world over including national tourism boards, the hosted buyers along with suppliers.
The Uganda Tourism Board Chief Executive Director Stephen Asiimwe acknowledges the award noting that it is as a result of deliberate marketing and promotion that the body has invested in overtime with the intention of increasing Uganda safaris.
Over sixteen (16) Ugandan firms participated at the Expo including the Prime Uganda Safaris and Tours Ltd represented by its owner  Samuel Makanga. Uganda also intends to run an expo titled the Pearl of Africa Tourism Expo that will run from November 17th – 19th 2015 and with the growing fame of Uganda, the participants in the forthcoming expo are anticipated to much more than those of last year.