The Fox’s weaver (ploceus spokeoide) is a Ugandan endemic bird, meaning it is only seen by birders on a  Uganda birding safari trip. The bird is listed in the International Union for Conservation of Nature(IUCN) as near threatened. The Fox’s Weaver is threatened by habitat loss without population estimates. Previously, the Fox’s Weaver has been thought to be extinct due to lack of reliable sightings in its expected habitats. 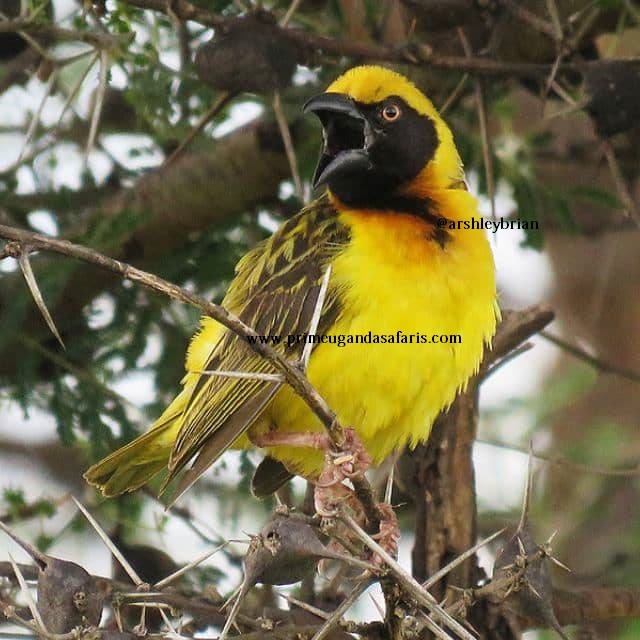 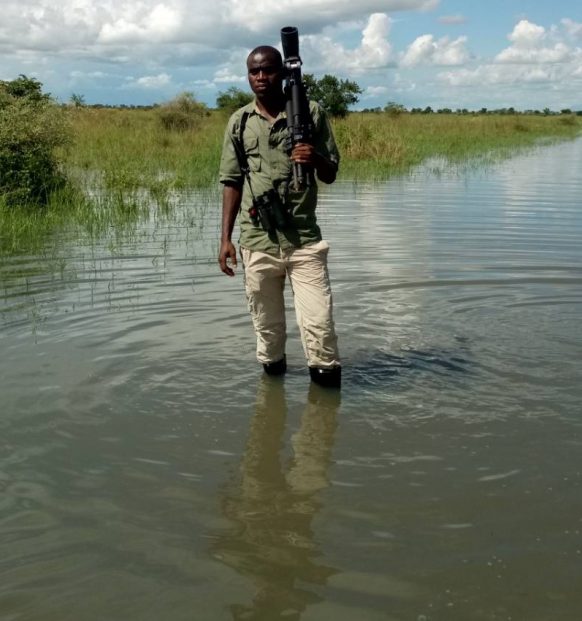 Fortunately, in May 2018, the bird was sighted again in the flooded swampland of eastern Uganda in the region of Lake Bisina. This was a joint effort of dedicated  birding safari Uganda guides with whom Arshley Brian, a Prime Safaris & Tours Ltd birding guide was a dedicated member of the team. The team sighted not just one Fox’s Weaver bird but 21 species of breeding birds at that moment, this is a great achievement.

The Fox’s Weaver belongs to the Ploceidae family with its habitat in the moist savanna, subtropical or tropical seasonally wet or flooded lowland grassland and swamps. It is a non-migrant bird which consumes seeds and perhaps insects. The bird constructs an oval nest, consisting of roughly woven grasses where it does its breeding. The months of May – August are its breeding months making these the perfect months for birders on Uganda safari to catch a glimpse of this black and yellow bird.

The name Fox’s Weaver has an origin of decades ago. Fox’s weaver was collected by Harold Munro Fox an English zoologist and described by captain Claude Henry Baxter Grant (British ornithologist and collector) and Cyril Winthrop Mackworth-praed (ornithologist). Fox went to Naples-Italy in 1912 where he worked on fertilization at Stazione zoologica for ten months. In 1913, he was appointed lecturer in zoology at Royal collage of science.

Apparently, during this time, Fox took a safari in Uganda where he collected two specimens of Fox’s weaver. The male specimen was collected on 30th July 1913 at “Ngariam” and on the 14th August 1913 the female specimen was collected at “Usuku”. Fox gave the species to Stephenson Robert Clerke (British ornithologist) who presented them to the British museum in 1923. The weavers were overlooked until 1947 when Grant and Mackworth-Praed recognized them as new species. The Fox’s Weaver was named after Harold Munro Fox and not surprising that the bird has the black and yellow colors found in Uganda’s national Flag.

Getting into the floods to meet the only Country’s endemic is worth it, you get to see something unique during your birding safari in Uganda.