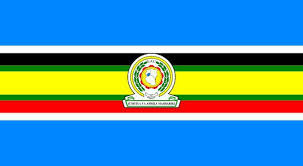 Tours to Uganda will increase since many tourists who come to Kenya will automatically come to Uganda after visiting Kenya since they will be using one visa to travel to all East African Countries including Uganda. The minister of tourism, Hon. Maria Mutagamba said after opening the 2013 Routes Africa meeting here over the weekend.

Despite being blessed with immense tourism potential, Uganda lags behind to its neighbour Kenya in tourism in terms of visitor’s numbers. The one visa proposal, which Mutagamba said featured highly in recent tripartite talks involving President Yoweri Museveni and his Kenyan and Rwandan counterparts, Uhuru Kenyatta and Paul Kagame respectively, is now at the EAC Secretariat for further consultations before it is brought to the next EAC heads of state summit. This will help to increase trips to East African countries especially Uganda.

These visas will also improve the operation of the airport since air transport will easily be used by the tourists who would want to visit all the countries of East Africa. Mutagamba also said the drive to attract more airlines to operate through Entebbe International Airport should be matched with infrastructural development like roads and more air ports with in country so as to improve safaris with in Uganda and mostly to the main tourist attractions.

Mutagamba said, ‘’we do not only need more airlines, we also need airports. Few of our visitors are urban tourists. The majority of them are eco-tourists, yet it takes six hours to drive from Kampala to Bwindi or Kidepo (National Park),”

“Besides capacity expansion, the other challenge we face is that of aviation safety. Africa’s accident rate almost doubled between 2011 and 2012. In 2011, we registered eight accidents. These grew to 13 in 2012.” This has greatly affected the tourist arrivals to Uganda.