These small mammals have long tongues that help them to scoop/eat the food they capture.

Pangolins are solitary animals. It’s so interesting that they love their privacy. The male pangolin and the female pangolin only meet to mate. After birth of a baby pangolin its taken care of for two years.

Pangolins have tactful ways of protecting themselves from the big cats that like feeding on them. Because of their hard-scaly body, they can roll up like a ball and lash out their scales to spike the predator. 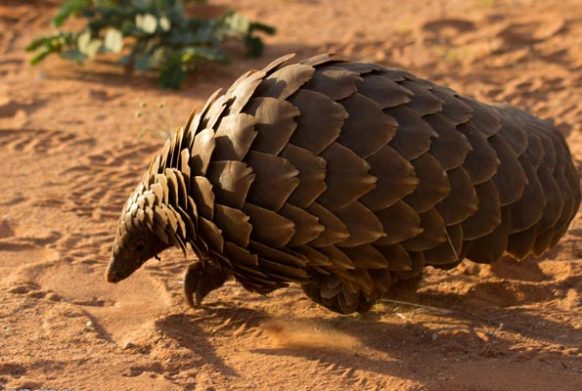 Pangolins are the most hunted mammals in the world. In china they are used as meat. Some poachers do smuggle them to countries like China and Vietnam at subsidized prices. For their scales are said to be medicinal.

Ugandan organization’s such as UWA (Uganda Wildlife Authority) in collaboration with other internal bodies are working tooth and nail to see to it that the soon extinct mammals are protected.

Generally, wildlife is a beauty that we as humans ought to protect and preserve. Primates like chimpanzee’s, and gorillas are a very good attraction in Uganda because tourists always come for Gorilla tracking safaris in Uganda. Just like Uganda, the DR Congo also has exciting primates like the silverback gorillas. Tourists also go for Congo gorilla safari tours.