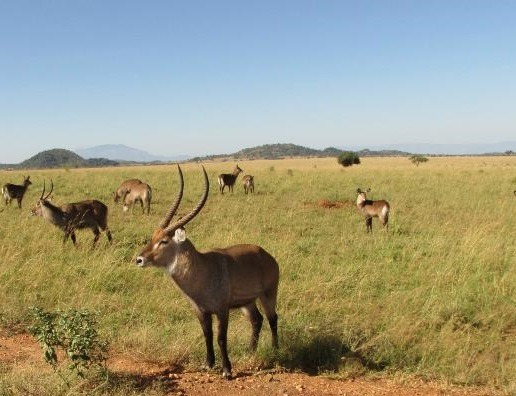 This national park lies in the remote far north eastern corner of Uganda. Isolated from the rest of the country and covered by the sparsely populated arid lands of Karamoja region. Kidepo valley national park is un-doubly one of the most alluring national parks in Uganda in the country, boasting a strong wilderness atmosphere, rugged mountain scenery with an exceptional game viewing and bird watching.

Gazetted in 1962, this park is the most isolated of the ten national parks in Uganda. This national park is about 700km from Uganda’s capital city Kampala.

A Uganda tour to this remote and semi-arid region is enduring and its beauty is worth rewarding. The park boasts of 77 mammal species and is also a birding haven for bird enthusiasts with over 463 bird species. The park is mainly covered by brown savannah grassland which is attributed to the prolonged droughts in this region. The plain relief and grasslands render it favorable to have amazing views of wildlife in this national park.

Some of the few and amazing animals that shouldn’t be missed while on a Uganda safari to this park include large herds of African elephants, lions, buffalos, zebras, cheetahs, among others. And for the birds in Kidepo valley national, this is the right place to spot an ostrich and other birds of prey like Hooded vulture, pygmy falcon, and the verreaux’s Eagle. A bird watching safari to this national park would be an ideal one since the park is blessed with a big number of bird species.

Kidepo valley national park neighbors with the karamajong people of Uganda and the Masai people of Kenya who largely live a nomadic life and largely dependent on their cattle. These are among the most primitive tribes in east Africa although this is changing over time with the increasing government programs targeting these communities. They have been for so long regarded as warriors ready to give-up their lives for their cattle to stay safe. A culture safari in Uganda will take you to these tribes with closely related traits while presenting a rich cultural diversity that is worth being explored.

This park has got good setting for nature walks and game drives both day and night drives. The night game drives give a unique perspective of an African wild night life. This is a chance to spot the nocturnal animals and lions hunting. The nature walks get you close to the game and birds of Kidepo valley national park.

This park is a true wild destination whose beauty has been covered by its remoteness although it doesn’t temper with the spirit of adventure in it with its amazing people and features. This is the right time to add up memories on to your life by visiting Kidepo valley national park, the true African wilderness.