UWEC CALLED UPON TO ENHANCE WILDLIFE EDUCATION TO UGANDANS

Home » UWEC CALLED UPON TO ENHANCE WILDLIFE EDUCATION TO UGANDANS 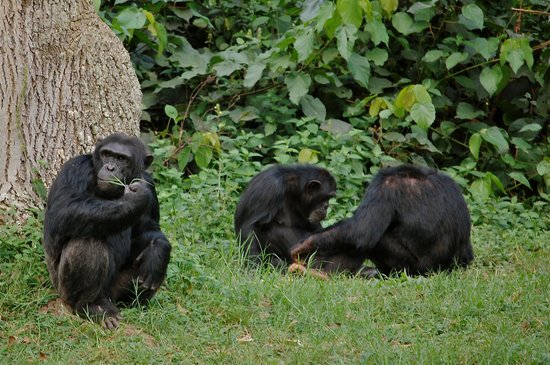 The Inspector General of Government (IGG) Ms Irene Mulyagonja called upon the Officials of Uganda Wildlife Education Center (UWEC) – one of the popular Uganda Safari tour sites to undertake study sessions for the visitors so as to further their wildlife knowledge including its preservation.During her tour to Uganda Wildlife Education Center, Irene recognized that some of the animal species are endangered and the people are not aware of it which explains why people tend to attack in case of confrontation. The other call was to ensure that the center remains a hub for education as well as being a rich tourism site attracting travelers on Safaris in Uganda which would in turn boost Uganda’s tourism sector.

The UWEC executive Director Mr James Musinguzi acknowledged the call and affirmed that the center had already embarked on the initiative of visitor education regarding the wildlife while the Zoo guide offer in-depth knowledge about the myriad of animals in the Zoo.  Special projects like Cheetah run where people will be able to run alongside the Cheetah are soon to be introduced to enhance awareness about wildlife.  Cheetah is one of the famous species sought after on safari in Uganda and thrives in the Karamoja sub region. The Cheetah run will possibly kick off in 3 months period.

Uganda Wildlife Education Centre has a concentration of a range of wildlife including predators like Lions, Cheetah, Leopards; Primates like Chimpanzees, Baboons and Monkeys; Hooves like Elephants, Rhinos, Buffaloes, Water buck, Zebra, Uganda Kob among others and Birds like Shoebill Stork, Pink backed Pelican, Ostrich among others not forgetting Reptiles like Nile Crocodiles, Egyptian Cobra and Gabon Viper among others which combine to make the visits to the zoo while on Uganda Safaris and tours memorable.

The activities at the Center include among others; Chimpanzee close up, Behind the scene tour, Forest walk, Keeper for the day, the day visit programme along with long stay volunteer programme.