What to know about Kampala city – Uganda Safaris & Tours

Home » What to know about Kampala city – Uganda Safaris & Tours 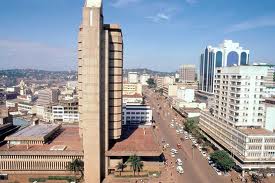 Kampala city has greatly attracted many safaris especially the one day tours and it has contributed to the development of the tourism sector. This is because Kampala city has got many tourist attractions that are interesting for the tourists.

The Kabaka’s Trail is a community tourism project to introduce visitors to the secret history of the Buganda people. Six sites around Kampala make up the trail, including several tombs, a prison and a waterfall. The Naggalabi Buddo Coronation Site, a short distance off the road to Masaka, is where the Buganda kings are crowned, including the current kabaka Ronald Mutebi II. There are several huts similar to those at Kasubi Tombs, as well as a natural throne from a tree root. This is the most accessible of all the sites, as minibuses run here from the new taxi park in Kampala – ask for Naggalabi Buddo stage.Ssezibwa Falls is a popular beauty spot with locals, just off the road to Jinja. Take a Lugazibound minibus from either taxi park in Kampala as far as Kayanja and then negotiate for a boda-boda to the falls.

Other sites on the trail include Katereke Prison, a prison ditch where royal prisoners were starved, the Wamala Tombs, which are the resting place of early Bugandan kings and predate the more famous Kasubi Tombs; the nearby Tomb of Nnamasole Kanyange; and the Tomb of Nnamasole Baagalayaze, where there is a local cultural centre with traditional performances. The above attractions on the Kabaka’s trail have greatly attracted many tourists to come for safaris to Uganda.

Kampala city is composed of many religious sites which have attracted many tour visits to Uganda, These include the Kabuli mosque, Which is the main mosque for the Muslims in Uganda; the Bahai temple has also attracted many religious people tom the country, the Namugongo shrines which is commonly known for celebrating the Uganda martyr’s day and this has attracted mainly the international tourists of many outside countries, Lubaga church ,Namirembe church of Uganda and the Gadaffi mosque named after the late Col. Muamar Gadaffi.

There are many markets that attract visitors when they come for safaris to Uganda. These include; the Owino Market commonly known as the St Balikudembe Market located in down town, the Nakasero Market known foe the high earners in the country located in the upper town of the city, the Kiseka Market and many other markets that can attract you to come and tour Kampala city.

Kampala city harbours the great Makerere University which is just a few kilometres from the city. It has many commercial buildings which have attracted tourists to carry out Kampala tour. Kampala city has promoted many safaris in Uganda.