What to Know about Lake Mburo National Park-Uganda Safari News 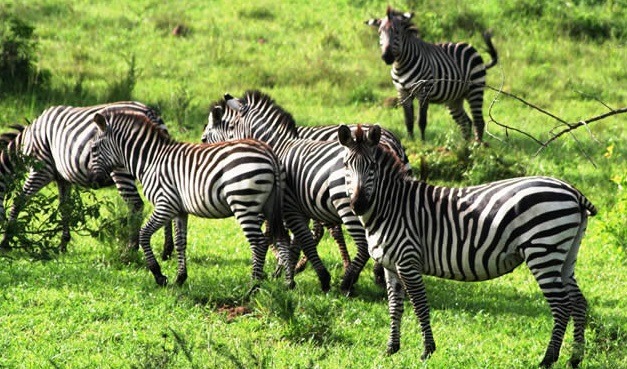 Lake Mburo National Park is a compact gem, perfectly suited close to the highway that connects visitors on Uganda Safari from Kampala to the parks of western Uganda. The Park is an exceptional protected area; every part of it is alive with diverse and colorful features. It consists of an expansive area of wetland and also natures various mammal species and birds found nowhere else in Uganda Safari destinations. Its unique landscape characterized by rolling hills and idyllic lake shores has a miscellaneous mosaic of natural habitats; seasonal and permanent swamps, forest galleries, Savannah grassland as well as rich acacia-woodland and grassy valleys which all under-gird a wide range of wildlife and hence making the park safe haven for visitors on wildlife viewing safaris in Uganda.
In spite of the fact that Lake Mburo National Park is one the smallest Uganda safari destinations, only 370km², in juxtaposition to other safari national parks in Uganda, it has an aggregate total of five lakes that lie within the park borders. The five lakes together with the other nine form an expansive lakes and wetland areas acting as natural habitat to unique wildlife and bird life species. In addition, its small size also comprises of green hillsides, bushy thickets, rocky outcrops, open and wooded savannahs, lush forests, all of which form a disputable natural home to an amazing variety of fauna and flora.
The great diversity of natural habitat in the park is enhanced by the presence of unique wildlife species like the impala, eland and klip springer. It is also home to the largest population of zebra in Uganda estimated at about 5,000 and probably contains the highest concentration of leopard found anywhere in Uganda. Buffalo, waterbuck, topi and warthog are also very common. Reedbuck and oribi can also be spotted by the visitors on Safaris to Uganda in the open valleys of the park. Hyena, genet, bush pigs and white tailed mongoose are often encountered by visitors on Uganda safari on night game drives.
The park’s diverse habitat favors the survival of around 350 bird species and hence enabling the park to be among the best birding places where bird lovers on Uganda Safari tour can enjoy the views of different bird species. The interesting bird species include the Red-faced Barbet, only seen in Lake Mburo, the endemic African Finfoot and the rare Shoe-bill. Other key species are the Papyrus Yellow Warbler, Saddle-billed Stork, Brown-chested Lapwing, African-wattled Lapwing, Carruther’s Cisticola, Tabora among others.
In terms of climate, Uganda’s safari destination of Lake Mburo National Park is strategically suited in a rain shadow between Lake Victoria and the famous Mountains of the Moon-Rwenzori Mountain, and receives an average of 800 mm of rainfall annually. Being close to the equator, the rainfall pattern is bimodal, with the long rains occurring from March to June, and the short rains from September to December. The rains are rather erratic and unpredictable and therefore visitors on Uganda safari tour to Lake Mburo national park should be prepared for rainy any time, but most rain tends to fall in April and November.
Uganda Safaris/Uganda Safari News
Prime Uganda Safaris and Tours Ltd