What to know about Rwanda-Rwanda Safaris News

Home » What to know about Rwanda-Rwanda Safaris News 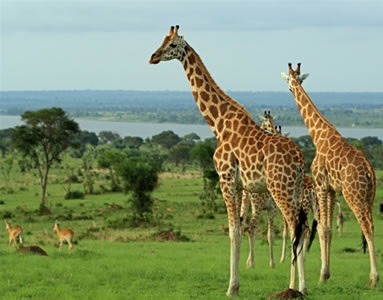 Rwanda is a small country found in East Africa and it’s famously known as a land of a ‘’thousand hills’’, Rwanda and Uganda are more less the same because the two countries are land locked and therefore have no direct access to the sea port but besides being landlocked, the land of thousand hills is blessed with different attractive natural features and these are attracting many people to explore the country by taking safaris to Rwanda. Rwanda is bordered by different countries, like in the southern part lies Burundi, in the northern side Uganda and in the Eastern part of country it’s neighbored by Tanzania as well as Congo in the west.
The country’s modern, beautiful, clean Kigali city is the  main tourism hub attracting many safaris to Rwanda and its strategic location in the middle of the country Rwanda gives it an upper hand to handle tourism facilities. The stunning Capital city is Rwanda’s business Center and also it’s where the country’s international airport is positioned and hence making the city to be hub of most of the safaris in Rwanda. For any potential travelers  searching for comprehensive information about Rwanda should visit Rwanda.com because the site presents wide travel information as well as safari guide for the small wonderful country to any potential traveler planning to embark on a Rwanda Safari.
Rwanda a country of thousand hills is gifted with various tourists attractions and among the remarkable ones include the three popular National parks which are endowed with varied biodiversity of flora and fauna and these prominent parks are identified as Parc Nationale Des Volcanoes mainly well-known for the highest number of mountain gorillas hence attracting more gorilla trekking safaris to Rwanda, Akagera national park blessed with different wild life and some rare species of birds and the third is Nyungwe national park mainly famous for its numbers of primates like chimpanzees, some unique bird species among others. The other eye catching attractions which are responsible for many safaris in Rwanda include the pronounced National Genocide memorial sites which express in reality what happened in the year 1994 when the civil war fell in the land of thousand hills, the unforgettable attractions involve Lake Kivu Nyanza Museum in Butare, important towns like Gisenyi, Kibuye and craft villages where visitors on the Rwanda safaris can have wonderful cultural encounter with the local Rwandans.

A Safari in Rwanda is more rewarding to each and every traveller because the country is filled with lush beautiful vegetation characterized with thick rain forests. The country is famous for its rare species of the mountain gorillas which are housed in the country’s Volcanoes national park providing a memorable gorilla trekking adventures for travellers on their Rwanda gorilla trekking safaris. The most appropriate time for primate trekking is the dry season, however Rwanda can be visited through the year bit dry or rainy season. Come explore the land of thousand hills before you cross to the Pearl of Africa Uganda were nature welcomes you right from the time you step in the Entebbe international airport or any entry board point.
Rwanda Safaris  / Rwanda Safari News
Prime Uganda Safaris and Tours Ltd