Why Bugoma Central Forest Reserve should not be destroyed & Recommendations!

Home » Why Bugoma Central Forest Reserve should not be destroyed & Recommendations!

Why Bugoma Central Forest Reserve should not be destroyed & Recommendations! 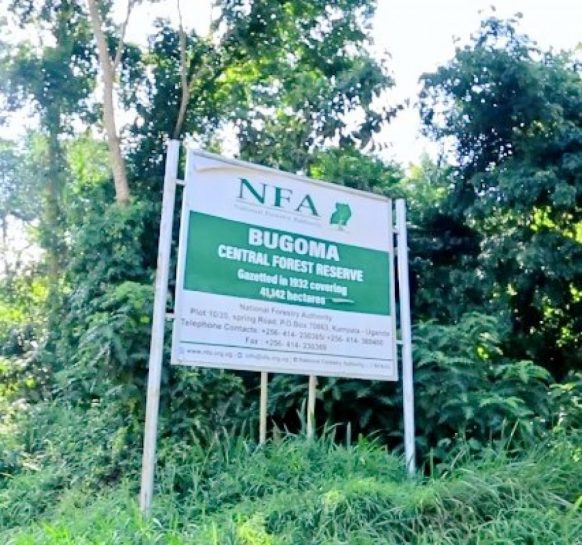 Bugoma Central Forest Reserve is one of the protected tropical forests in Uganda. Bugoma forest was gazetted as a protected forest in the 1930s. In 2002, it was put under the mandate of the National Forestry Authority (NFA). This tropical rain forest is situated in Hoima district just in the east of Lake Albert, southwest of Hoima and northeast of Kyenjojo towns. Bugoma forest covers a surface area of about 41,142 hectares (411.42 km2) and 65,000 hectares (650 km2). With this area, this forest is believed to be home to over 23 mammal species, 225 bird species, and 260 species of trees. The tropical forest is also home to about 500 chimpanzees (10% of the Ugandan chimp population), making the forest a chimpanzee sanctuary and they have been undergoing habituation since January 2016.

What will be affected if the forest reserve is destroyed?

Positioned in East Africa, Uganda, also christened as the Pearl of Africa is a politically independent African country characterized by mild weather, magnificent landscapes, beautiful flora and fauna. Uganda is straddled by the equator line giving a tourist opportunity to enjoy a two-hemisphere safari experience alongside other Uganda tour activities.
Uganda is one of the most visited African safari destinations by tourists from the world over. Choosing to take a Uganda safari with friends or family is the best travel decision as it will reward you will you crave to have a look at including Uganda wildlife safaris done in the various Uganda National Parks, birding safaris in Uganda, chimpanzee and gorilla trekking safaris in Uganda as well as other Uganda adventure safaris that include fishing, cycling, nature walks, sightseeing, zip-lining, horse riding, quad biking among the many.

Uganda is ranked as one of Africa’s most hospitable nation despite the fact that it is a multi-lingual nation with 56 different languages spoken! These are different ethnic groups and all reside in harmony. These are grouped into Bantu, Nilotics and Nilo Hamites with the smallest tribal groups being the Batwa and IK (one of Africa’s smallest ethnic groups). The diversity in cultures within the tribal groups offers more than expected opportunities to experience different cultures on your safari in Uganda.
Uganda believes in great conservation, therefore, all the natural habitats of the country are conserved in 10 national parks each having a unique wonder to offer to its tourists during their safaris in Uganda.