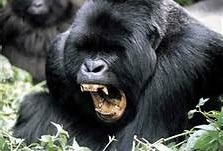 If you have ever watch gorillas in the mist, have you ever wondered where that film was shot?  Well then come to Rwanda to have your question answered.  Rwanda offers you the best Safaris while on your safari visits.

From Kigali city to Volcanoes national park is a three hour drive which makes is not a tiresome journey to engage in. tourists reach the park when they are still fresh and active thus engaging in various activities.

Thus Rwanda safaris offers tourists one of the must do activities s in Rwanda. Entering in Rwanda, you will find even the young kids talking about gorillas. It is the most known attraction that you will not want to miss.